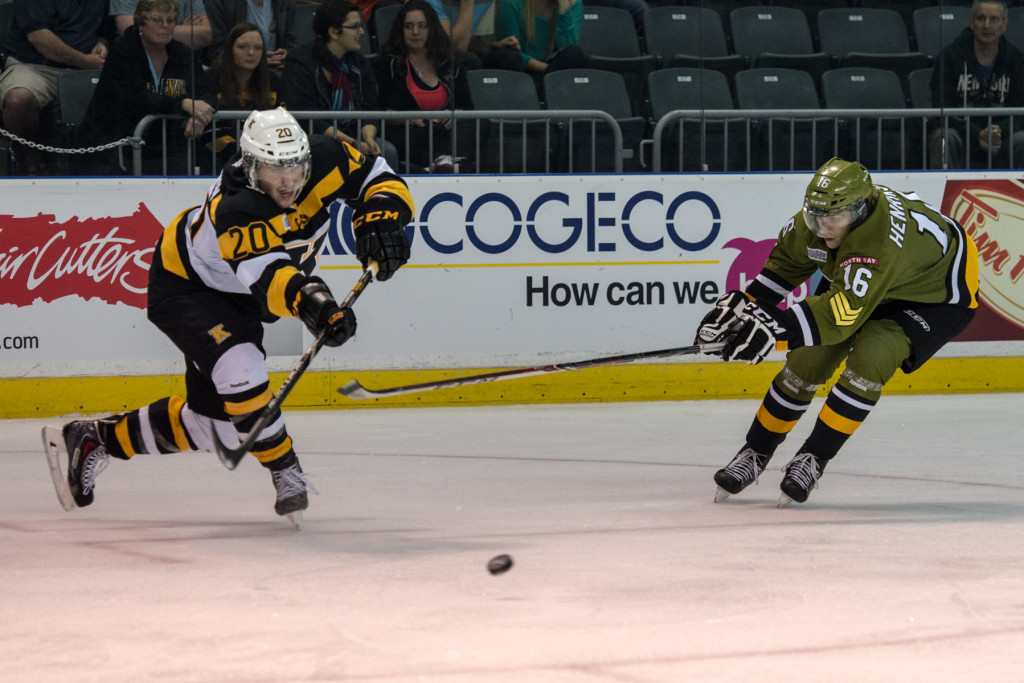 This draft has many top talents who are forwards. With the exception of a few, many defensemen don’t stick out. Roland McKeown is one of those few defenseman who do.

McKeown is an all-around defenseman that plays 200ft of the ice. He was 2nd among defenseman in scoring for the Kingston Frontenacs. While the talk of Kingston is forward Sam Bennett, McKeown has come into his own this season showing he is just as adept in the defensive zone as he is in the offensive zone.

He enjoys joining the rush and creating opportunities for his teammates. He has the wherewithal to see the play develop and create chances. McKeown is poised with the puck and can maneuver out of the defensive zone with a few short strides. His skating is up there with the best prospects.

On the defensive side of the puck McKeown cuts down passing lanes and finds ways to disrupt the play. He’s not overly physical, but doesn’t have a problem throwing a hipcheck every once in a while. Occasionally, he will be caught up in the rush leading to a breakaway, but it isn’t often. In fact, his overall positioning is what makes him a great tw0-way defender.