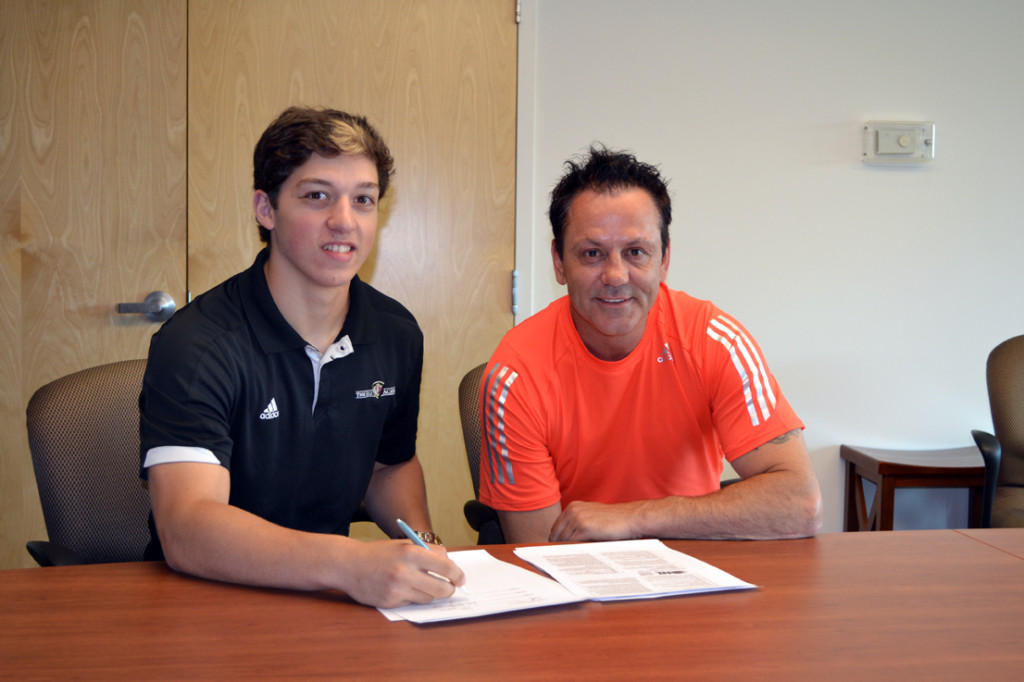 Kingston– General Manager Doug Gilmour announced today that forward Jacob Drobczyk has committed to an Ontario Hockey League standard player agreement with the team. Drobczyk was selected in the thirteenth round (250th overall) in the 2015 OHL Priority Selection.

“Jacob is a power forward with great size, skill, and exceptional skating,” said Gilmour. “We’re thrilled to have Jacob.  We’re continuously looking to add size and skating to the team, and he possesses those attributes.”