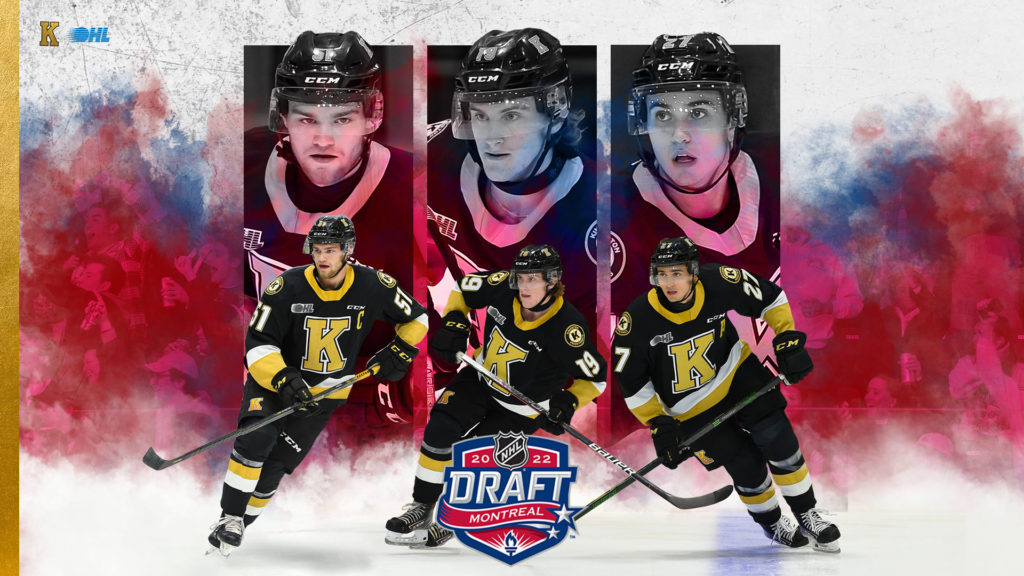 The NHL Draft opens up on Thursday, July 7th with the 1st Round starting at 7 pm ET. The host Montreal Canadiens are set to select 1st Overall. Day two of the draft gets started at 11 am ET with Rounds 2-7.

Kingston will look to add to their NHL drafted players list during the 2022 draft. The franchise has had 118 players hear their name called by an NHL team on draft night.

Wright has been pegged as the number prospect in the 2022 NHL Draft since his time with the Don Mills Flyers. While playing with the Flyers, Shane collected 97 goals and 222 points in only 105 games.

After being selected first overall in the OHL Priority Selection as an exceptional status player by the Kingston Frontenacs, Wright put his talents on full display. In 121 games, Shane has scored 71 goals and collected 160 points. That includes a career-high 94 points during the 2021-22 season.

Ludwinski is a speedy two-way centreman that possesses a workhorse mentality. The fifth overall pick in the 2020 OHL Priority Selection by Kingston has a high hockey IQ and he is determined to make an impact on both sides of the ice.

Edmonds has had an unusual journey in his hockey career. Playing in Sweden for most of his junior career, Edmonds made the move to the Ontario Hockey League for his overage season in 2021-22.

Edmonds is a playmaking winger with excellent puck control skills and the ability to finish. In 68 games during the 2021-22 season, Lucas scored 34 goals, dished out 79 assists and finished the season with 113 points. His 113 points placed him third in league scoring and earned him the Jim Mahon Memorial Trophy as the OHL’s top scoring right winger. His 79 assists lead the league, finishing one ahead of Dallas Stars prospect Wyatt Johnston.