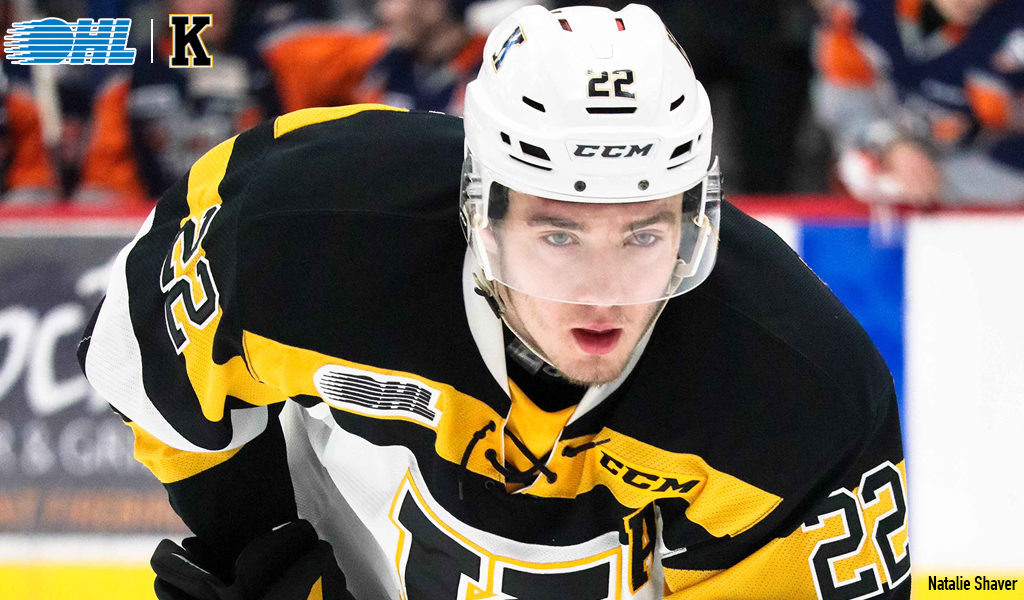 Kingston, ON – The Kingston Frontenacs announced via Twitter (@KingstonFronts) on Thursday that overage blueliner Jakob Brahaney will serve as the team’s captain for 2019-20.

“Leadership is a matter of having people look at you and gain confidence, seeing how you react. If you’re in control, they’re in control”

In Brahaney’s time with the club, the Fronts have won an East Division title and reached the Eastern Conference Final. The Quinte Red Devils minor midget graduate attended rookie camp with the Vancouver Canucks prior to last season.

The Frontenacs also announced that sophomore defenceman Jake Murray will be an alternate captain with the team this season.