FRONTENACS OPEN SECOND ROUND ON THURSDAY VS ICEDOGS 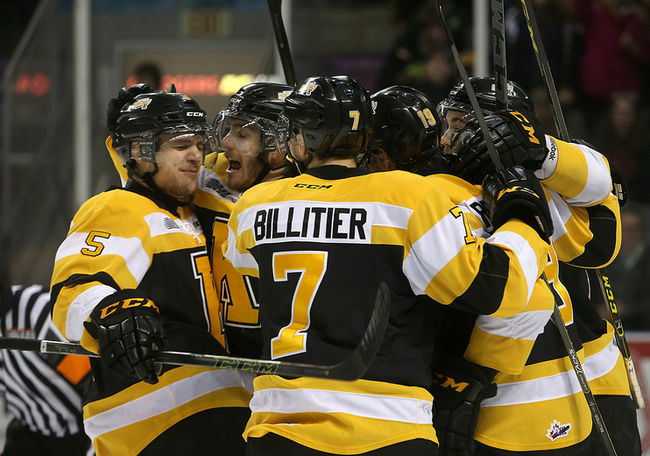 The Kingston Frontenacs’ next two Ontario Hockey League home playoff dates will be this Thursday and Friday.

Both games will start at 7 p.m. at the Rogers K-Rock Centre.

The Frontenacs, the top seed in the conference, dispatched the Oshawa Generals in five games in the opening round. It was the Frontenacs first playoff series victory since 1998.

In the other first-round series, the Niagara IceDogs defeated the Ottawa 67’s in five games.

The Frontenacs and IceDogs have been idle since Friday night.

Tickets for the Thursday and Friday games are on sale at the Rogers K-Rock Centre box office Monday to Friday, 9 a.m. to 6 p.m., and online at ticketmaster.ca.