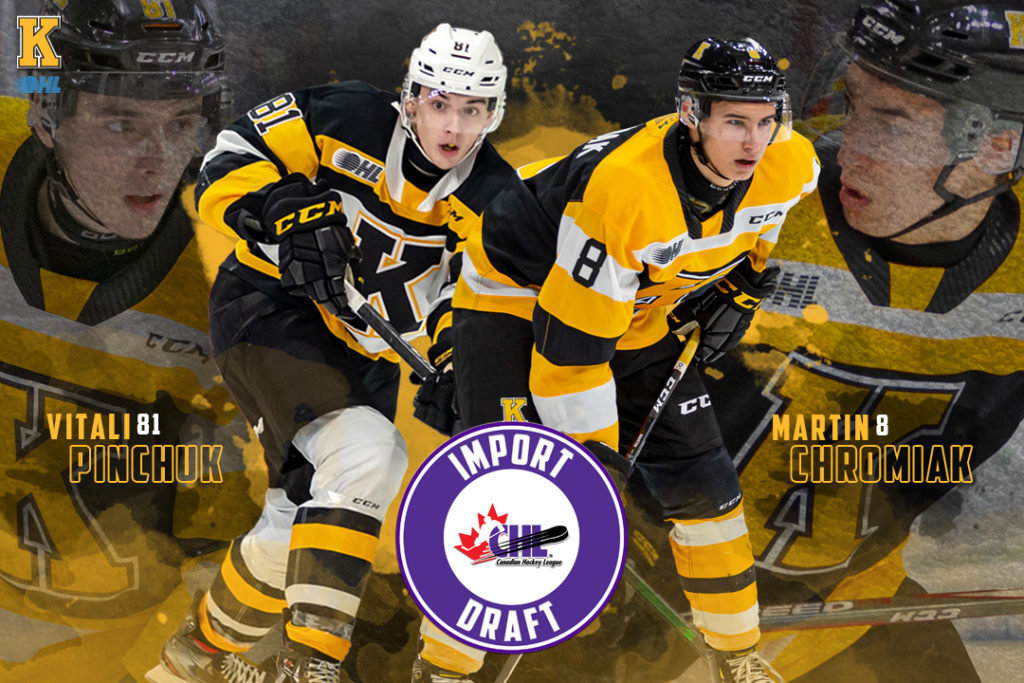 Kingston, Ontario – The 29th annual Canadian Hockey League Import Draft is scheduled for Tuesday, June 30, 2020, beginning at 11:00 am Eastern. This year the Kingston Frontenacs hold the 13th and 73rd selection in the draft, but the organization has decided to forgo using these selections. Instead, the Frontenacs will retain their two import players from the 2019 CHL Import Draft. Last year Kingston selected Martin Chromiak (2nd overall) and Vitali Pinchuk (62nd overall).

Each CHL club can only dress a maximum of two import players each season. With the instant impact Martin Chromiak and Vitali Pinchuk had on the Frontenacs roster during the 2019-20 season, the team was quick to pass on this year’s selections.

“We decided to pass on this year’s CHL Import Draft because we are thrilled to welcome back Martin and Vitali,” said Kingston’s General Manager Darren Keily. “We like the quality of these players and the character each individual displays.”

Chromiak, a 6’00”, 181 lbs. forward from Ilava, SVK was selected 2nd overall by the Frontenacs in the 2019 CHL Import Draft. Martin spent the beginning of the 2019-20 season with HK Dukla Trencin of the Slovakian Tipsport Liga before joining Kingston in early January, 2020. Chromiak found instant chemistry with Shane Wright and Zayde Wisdom upon his arrival to the Black and Gold. Martin finished the season with 11 goals and 22 assists for 33 points in just 28 games played. Martin was selected to the second OHL All-Rookie Team in late May and he is ranked as one of the top wingers eligible for the 2020 NHL Draft.

Pinchuk, a 5’11”, 165 lbs. forward from Zhlobin, Belarus was the 2nd round selection by the Frontenacs in the 2019 CHL Import Draft. During the 2019-20 season, Vitali showcased incredible skill and playmaking abilities. He was able to contribute to the scoresheet while serving in a limited role throughout the season. In 54 games played, Vitali registered 13 goals and 21 assists. His 34 points ranked him eighth in OHL rookie scoring.

“You look at what Martin did in his short period of time and the fact that Vitali finished eighth in rookie scoring as a 17-year-old; it is easy to see why we are excited to have them back with the Frontenacs,” said Darren. 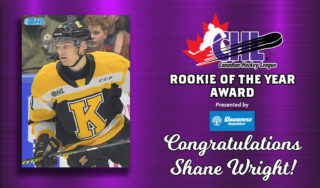