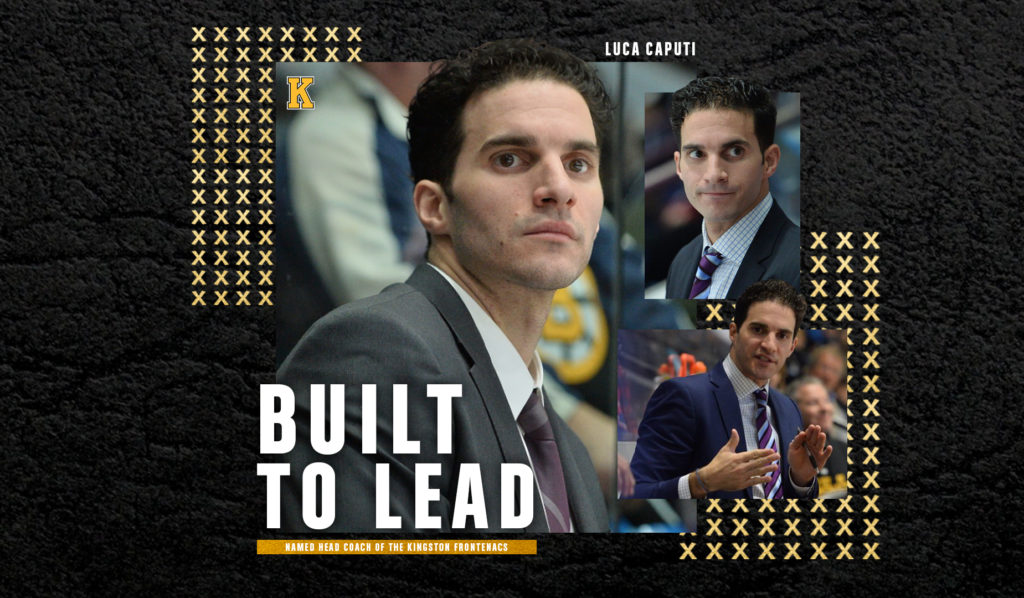 The Kingston Frontenacs Hockey Club is excited to announce the promotion of Luca Caputi to the Head Coaching role.

Luca has spent the last three years with the organization as an Associate Coach, including two years on the bench prior to the cancellation of the 2020-21 season. He has also been an important part of the scouting, drafting, and recruiting of players during his time in Kingston, especially during the last year.

Since Cooper rejoined the Frontenacs, he has seen Caputi display the attributes he was looking for in a Head Coach. “Having the opportunity to work alongside Luca provided me the insight to see his passion and work ethic, as well as how he communicates and provides structure within the culture and identity we have been creating.”

The General Manager is excited to see Luca continue to build on the foundation that has been put in place. “Our players and staff worked very hard all winter to set a standard and Luca was a big part of that. Combining his understanding and relationships with our current players with his knowledge of the OHL, it allows for a seamless transition and continues our build forward with consistency and a commitment to excellence.” 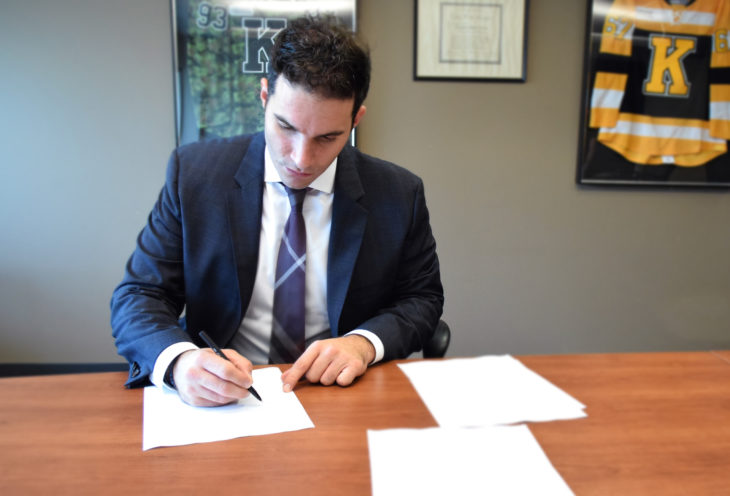 Before joining the Frontenacs, Caputi began his coaching career with the Guelph Storm where he spent three seasons as an Assistant Coach. During his final season in Guelph, he worked with one of the winningest coaches in OHL history, George Burnett.

Luca also brings a significant amount of playing experience with him to his new role. He spent four seasons playing with the Mississauga/Niagara IceDogs where he suited up in 214 games scoring 185 points during his OHL regular season career. He added 15 games and 20 points in the OHL playoffs.

Luca will look to continue to build on the framework that has been put in place over the last year. “The landscape and the foundation for our group is in place. We will work tirelessly each day to reach our ultimate goals of brining an OHL Championship and a Memorial Cup to Kingston.” said the new Head Coach. 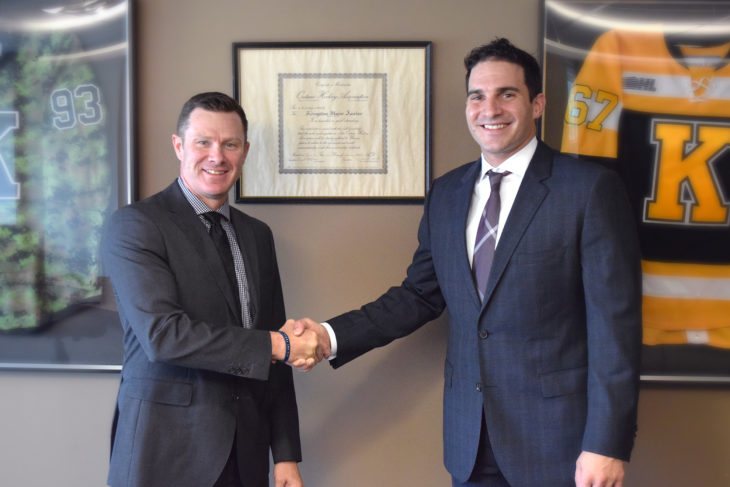 He also expressed his gratitude to those helping him land in his new role. “I would like to thank the Springer family, Kory Cooper and the Kingston Frontenacs organization for this opportunity. I also want to thank my wife and two beautiful daughters for their support day in and day out.”

With the announcement behind him, Caputi is already preparing to get started on the upcoming season. “I can’t wait to get to work with our players at our training camp later this summer.”

More details on training camp will be provided at a later date. Stay tuned to www.kingstonfrontenacs.com and our social media channels for updates.