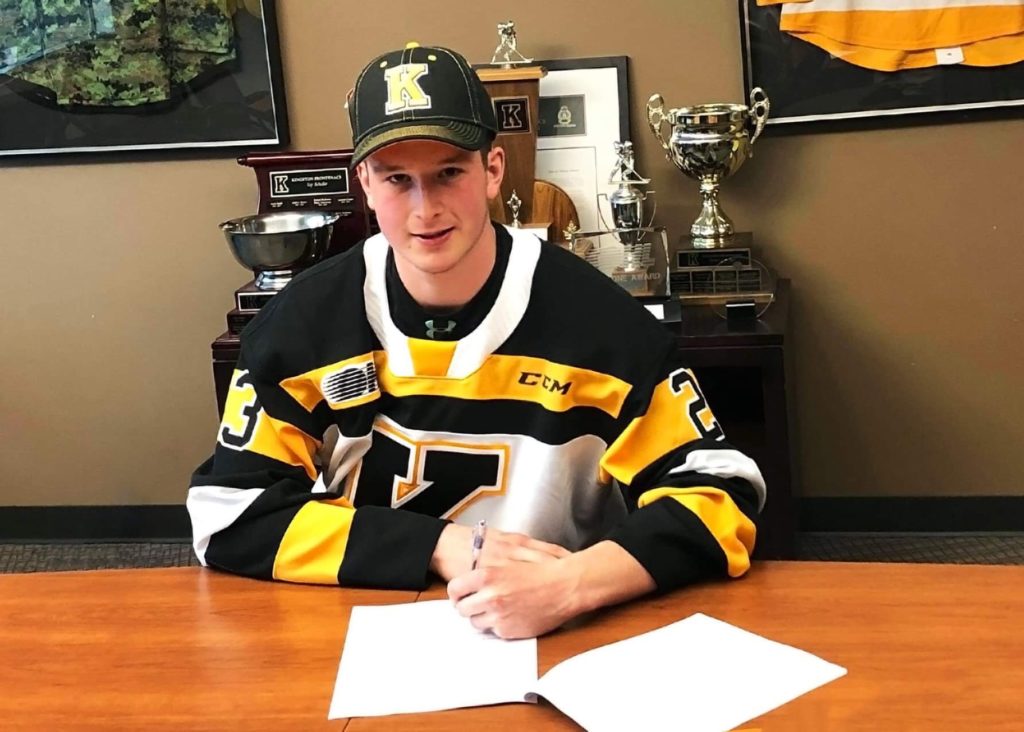 Kingston — The Kingston Frontenacs are pleased to announce the signing of Ethan Ritchie to a Standard Player Agreement.

Ritchie, a 6’00”, 205 lbs. defenceman from Oakville, ON was selected 81st overall by the Erie Otters in the 2018 OHL Priority Selection. The Frontenacs acquired Ritchie via waiver claim on October 4th, 2019.

Ethan played minor hockey with the Oakville Rangers and was a teammate of Frontenacs Assistant Captain Jake Murray.

Since being drafted by the Otters, he has played with the Georgetown Raiders of the OJHL. In 55 games with the Raiders he has scored 7 goals and 4 assists.

“Ethan is a gritty defenceman that is also capable of moving the puck.” said GM Darren Keily. “We are excited to add him to our team and we believe he will contribute for the next 3 or 4 seasons.”

The Frontenacs next home game is this coming Friday night when they host the Hamilton Bulldogs. Game time is 7 p.m. at Leon’s Centre. Tickets are available at the Leon’s Centre box office or at ticketmaster.ca.