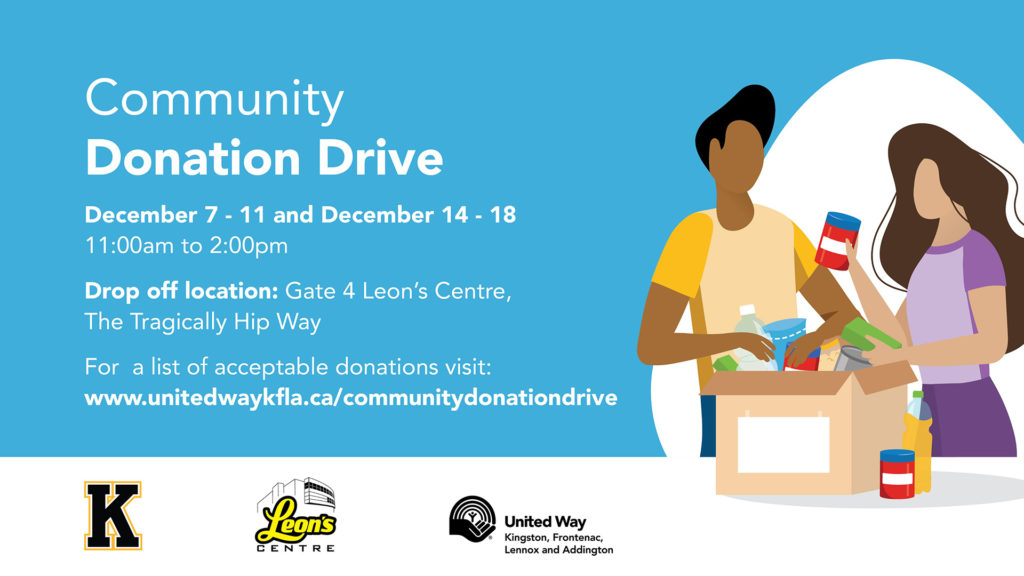 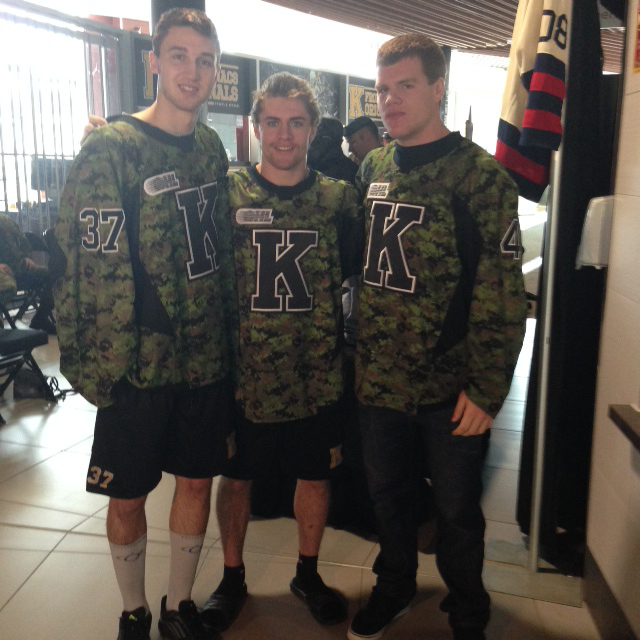 KingstonIf Kingston Frontenacs are hard to spot on the ice for their Remembrance Day game on Friday, November 8, 2013 vs. Kitchener Rangers, it’s by design. At a press conference this morning, the Frontenacs unveiled a special uniform the team will wear in games on Friday, November 8, 2013 and Friday, February 28, 2014. Working with Reebok Hockey, the uniform–complete with jersey and socks, is CADPAT Camouflage, the pattern used by the Canadian Forces. The special game-worn jerseys will be auctioned off by MaxSold in March after the second of two special games, with net proceeds being donated to the Kingston Military Family Resource Centre (KMFRC). The Frontenacs also announced a limited supply of the replica jersey for sale with 20% net proceeds to be donated to the KMFRC.

“As a garrison community, we are proud of our military roots, the soldiers who serve, and the military families who help form the heart of Kingston,” said Justin Chenier, Executive Director of Business Operations for the Kingston Frontenacs. “Being able to honour our soldiers and their families is a privilege to our club. Thanks to the support of our sponsors, specifically John and Heather Price from Sutton Group Realty, we’ve been able to create a program that will raise some awareness and very important funds that will help military families.”

The Frontenacs also unveiled the Kingston Frontenacs Canadian Forces Line of CADPAD Camo products, exclusive to the club’s retail store, where 20% of the net proceeds of the line will be donated to the KMFRC. This includes hats, t-shirts, ball caps, and a line of giftware, including mugs, glasses, street signs, and water bottles.

Tickets for the Remembrance Day Game are available at the Rogers K-Rock Centre Box Office. Frontenacs Originals Sports & Apparel Powered by Reebok Store, at Rogers K-Rock Centre, is open Monday to Friday from 10:00 a.m. to 5:00 p.m. and through the end of every home game. 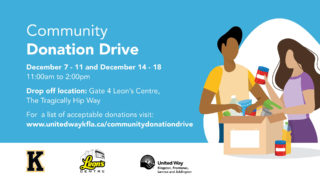 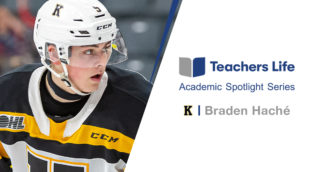 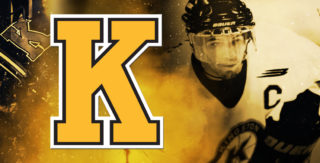 In Broadcasting and Coaching, Mike Zigomanis Remembers his Kingston Years
1 week ago 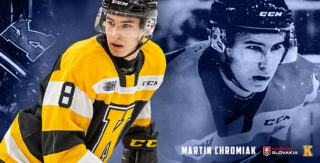 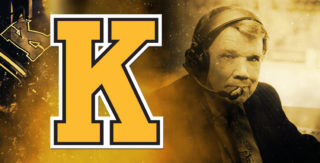