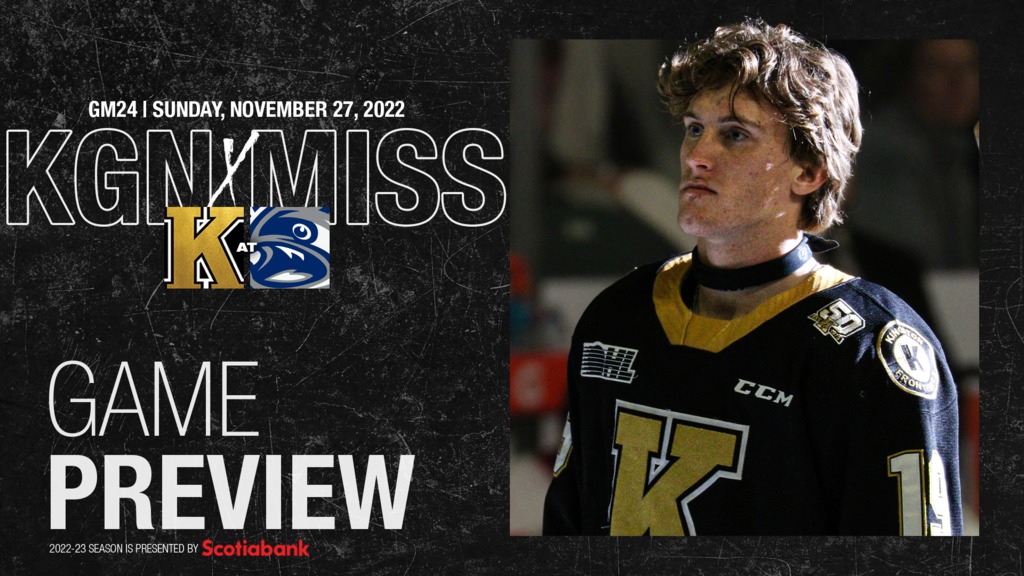 The Kingston Frontenacs (12-9-1-1) plays their 11th road game in the last 14 games in a Sunday matinee versus the Mississauga Steelheads (11-7-3-0) at Paramount Fine Foods Centre. Looking to extend a three-game winning stretch, the Black and Gold can also extend a road-winning stretch to three games.

Matthew Soto had three points; with a pair of goals, including the 5-4 OT winner in the Frontenacs’ last game on Friday versus Sudbury. The second of the four-game regular season series against Mississauga has Kingston looking to improve on a 5-7-0-1 away record from the Limestone City. The previous matchup with Mississauga saw the Steelheads take a 4-3 overtime win over the Fronts back on November 18th, also in Mississauga.

Montreal Canadians prospect Owen Beck scored the overtime winner on a hat-trick performance in the 4-3 win for Mississauga in that game, after the Steelheads tied the game early in the third period. Kingston had 1-0 and 3-2 leads in the game before the third-period tally by the Steelheads.

Francesco Arcuri plays in his 150th regular-season game today, registering two goals in each of his last three games, and is on a four-game goal streak overall (7G,3A). Hitting an OHL-leading 20-goal mark with his 61st career regular-season tally in Friday’s win over Sudbury, the Dallas Stars prospect has been held off the goal total just three times in his last ten games and leads the Fronts offence with 28 points. He has 26 goals in his previous 34 games, including last spring’s playoffs as one the hottest players in the league.

The Steelheads enter action winless in four games (0-3-1-0), coming off a 4-0 loss at home to the Soo Greyhounds on Nov 25. Their last win was in the overtime victory over Kingston in the team’s previous game against each other. Beck leads the offence with 26 points and 15 goals with Luca DelBelBelluz (25) and James Hardie (23) also hitting the 20-point mark.

The Fronts return to Leon’s Centre for a pair of games next weekend. It’s the Annual Teddy Bear Toss on Friday, December 2nd versus the North Bay Battalion at 7:00 pm, followed by a 2:00 pm matinee on Sunday, December 4th against the Flint Firebirds for Superhero Night.