KEYS TO A WIN FOR GAME 5

gameday keys to a win kingston frontenacs
by
Jordan Jackson 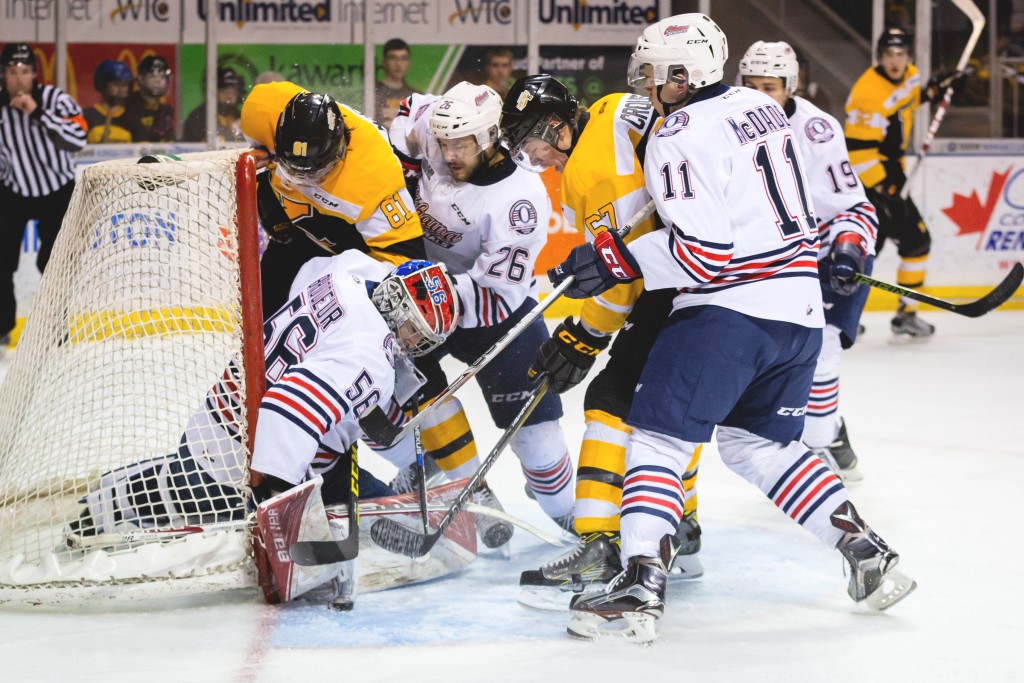 The keys to a win for the Frontenacs tonight in game 5 against the Oshawa Generals will come down to how effective they are on three key points in their gameplan.

1. COMPLETE 60 MINUTE GAME: In each of the last three games Kingston has been the better team overall, but have seen a short stretch in each game that allowed the Generals to hang around. In games 2 and 3 they got away with it and were able to get wins. In game 4 they weren’t so lucky. Aided by a lengthy 5-on-3 in the second period, Oshawa did most of their damage in a five minute stretch that allowed them to turn it into a next goal wins scenario. When Kingston is playing their game they are dominating the play. As long as they do it for the whole game, and not just the majority of the game, the Kingston Frontenacs will be fine.

2. keep shooting: The Frontenacs are not shy when it comes to shooting the puck. They have outshot Oshawa in every game of the series. Last night in game 4, Jeremy Brodeur had a very good night, but there were a few pucks that bounced the right way for him. He was also more comfortable in his home rink. The Rogers K-Rock Centre has not been very good to Brodeur. He has been pulled in each of his last three starts here. The more shots the better. Those bounces won’t always go his way. Everything on net has a chance to go in and if they can get one or two early in the game, hopefully that will get in his head and throw him off his game.

3. Killer Instinct: Despite a tough 4-3 overtime loss last night in Oshawa, Kingston is still in a good spot. With a 3-1 series lead and a chance to eliminate the Generals on home ice there is no need to panic, but it is time to finish them off. The fourth win is always the toughest to get in a series. When a team has their back against the wall you truly see everything they have, which is what we saw last night and can expect to see tonight. Kingston needs to use their home ice and home crowd to overcome that desperation and end this series before Oshawa starts truly believing they have a shot at coming back

Jordan Jackson is a longtime Kingston Frontenacs season ticket holder who can be heard regularly on The Morning Show with Kris and Tony Orr on K-Rock 105.7 and is co-host and analyst on Frontenacs Tonight before each Friday home game on CogecoTV.