Kingston Canadians Return to the OHL to Honour Chris Clifford 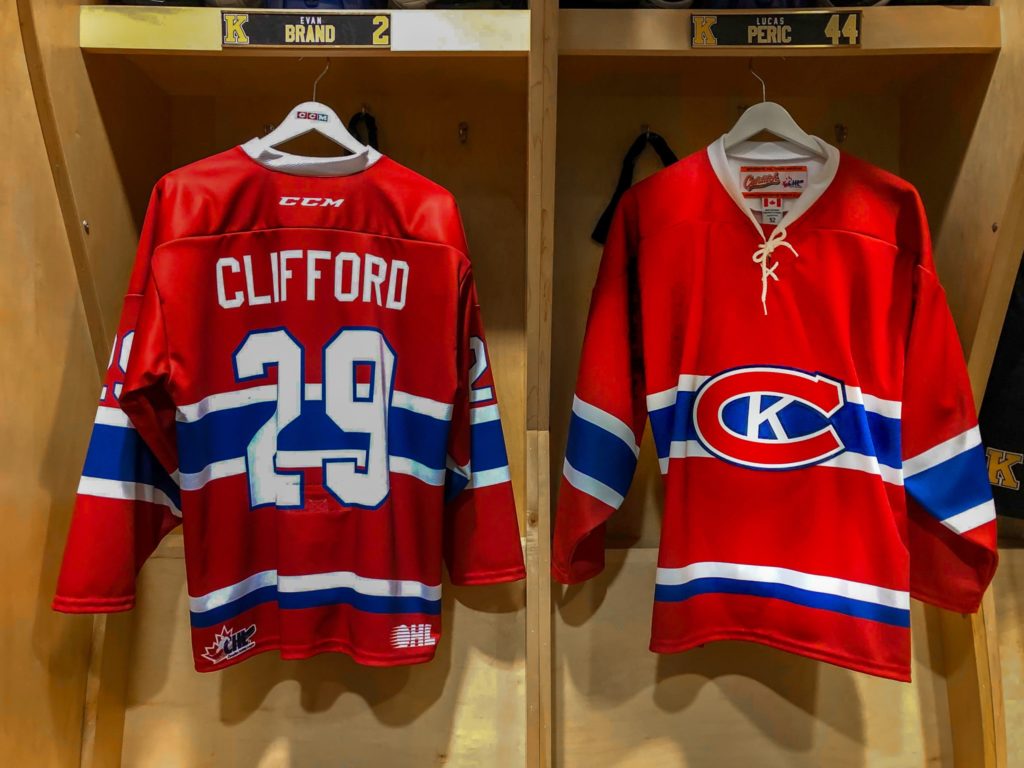 Kingston—When Kingston faces Peterborough this Friday night at Leon’s Centre, for the first time in over 30 years it will be the Kingston Canadians who take to the ice in the OHL. In honour of Canadians alumni goaltender Chris Clifford, the Kingston Frontenacs will once again wear the red, blue, and white jersey of Kingston’s original OHL franchise.

“We’re proud to honour Chris for his accomplishments as a member of the Canadians,” said Justin Chenier, Executive Director of Business Operations with the Kingston Frontenacs. “As a Kingstonian, Chris has always made this whole city proud, from his seasons in net for the Canadians, his travels in professional hockey, and his career as a lawyer. Raising his banner at Leon’s Centre was a unanimous choice.”

Clifford, who played for the Canadians from 1983 to 1987, held the franchise record of 75 career wins by a goaltender. That record stood for 31 years until being broken by Kingston Frontenacs netminder Jeremy Helvig in 2018.Clifford is also remembered for being the first goaltender to score a goal in OHL history, when he scored with 25-seconds remaining in the 3rd period on Tuesday, January 15, 1986 in a game at Kingston’s Memorial Centre against the visiting Toronto Marlies.

Bringing the Canadians jerseys back against the Peterborough Petes is fitting with the last Kingston Canadians game being an 8-3 loss to the Petes on March 18, 1988.

“Our roots are so important, especially to the fans who have been season ticket holders since the Canadians era,” said Chenier. “Being able to pay tribute to those years, to Chris, and to the fans of that era is important to our entire organization.”

Tickets for Friday’s Kingston Canadians Night in Honour of Chris Clifford presented by Gan Chev start at just $11.99 for youth, $15.99 for seniors, and $17.99 for adults are available at Leon’s Centre Box Office and online at Ticketmaster.ca