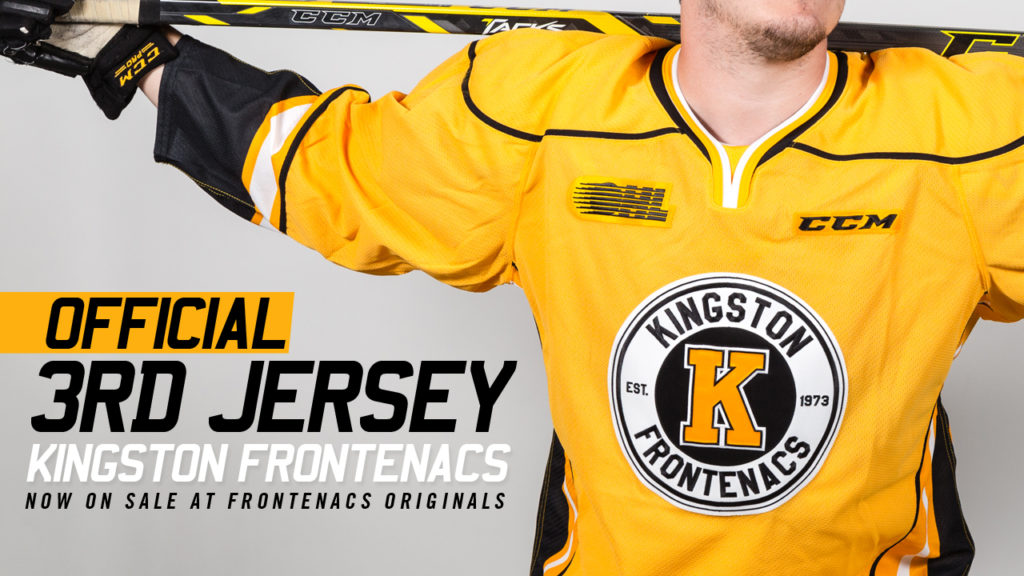 The Kingston Frontenacs are adding a golden touch to their brand beginning this season. The OHL team unveiled their new alternate jersey at a special gathering of season ticket holders today. The new alternate jersey, which will be worn at key games this season including next Friday’s Home Opener, features a gold base with black and white striping and an alternate vintage-style logo featuring the team’s K logo that was adopted five seasons ago.

“The group at Reebok/CCM did a great job on the concept of bringing back a gold jersey for the Frontenacs,” said Justin Chenier, Executive Director of Business Operations. “This jersey blends a very new style and vintage feel, without losing the brand that people have come to embrace.”

The new alternate jerseys, which also have complimentary socks, are meant to be an extension of the team’s branding, and not replace the much-loved black and white jerseys with the very distinctive K logo. “We’re biased, but we feel we have one of the best uniforms in hockey. Our alternate jersey extends that brand, without changing our identity or taking away from our standard black and whites.” 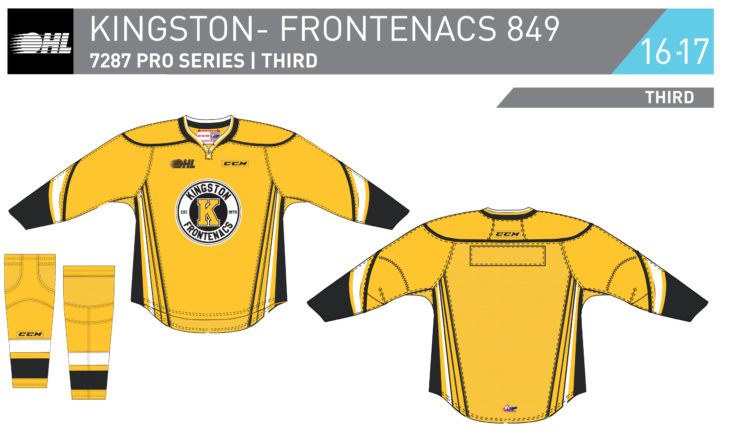 Round 2 Matchup: Linseman Bracket
16 hours ago