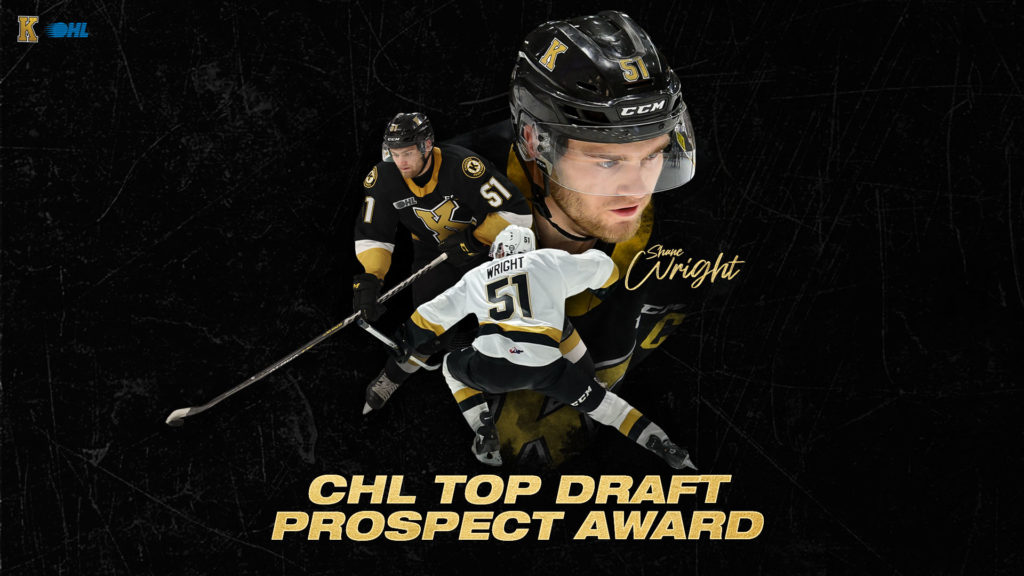 The CHL Top Draft Prospect Award presented by Kubota is presented annually to the top eligible prospect ahead of the upcoming NHL Draft. The 2021-22 recipient is Shane Wright of the Kingston Frontenacs who in 63 appearances recorded 32 goals and 62 assists for 94 points to finish second in team scoring and eighth best in the OHL. In all, Wright finished the season with 27 multi-point efforts underscored by 18 nights where he recorded at least three points. The 2019-20 CHL Rookie of the Year, Wright was the sixth player to receive exceptional status and early admission into the CHL and projects as the first-overall selection in the upcoming NHL Draft. Finalists for the CHL Top Draft Prospect Award presented by Kubota were Matthew Savoie of the Winnipeg ICE and Nathan Gaucher of the Quebec Remparts.