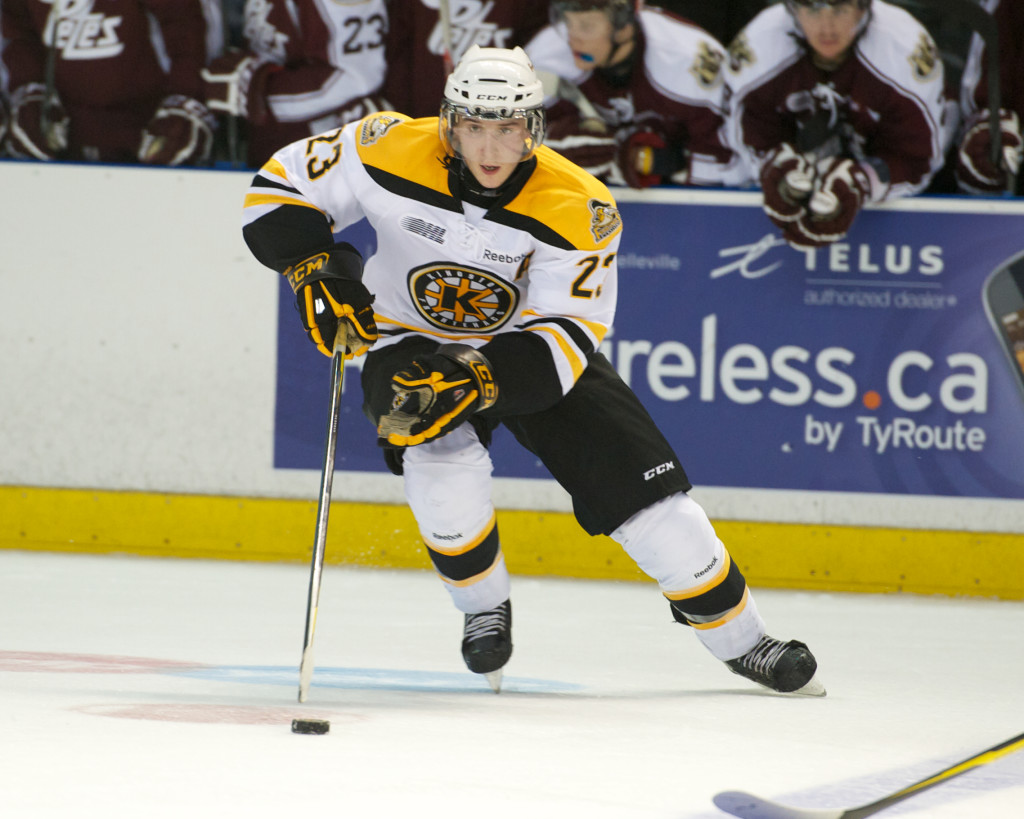 The Kingston Frontenacs announce that they have traded fourth year centreman Ryan Spooner to the Sarnia Sting, in exchange for rookie centreman Ryan Kujawinski.

“This is part of the rebuilding process,” said General Manager Doug Gilmour. “We would like to wish Spoons (Ryan Spooner) all the best and thank him for his efforts.”

Kujawinski was Sarnia’s first round selection in the 2011 OHL Priority Selection, 4th overall. The Sudbury native recently competed for Team Ontario at the U17’s in Windsor. The 6.02, 195 pound centreman will join the Frontenacs for tomorrow night’s contest against the Petes and wear #17. In 29 games this season, the freshman has one goal and seven points with two penalty minutes.

“Ryan was the fourth player selected in this past year’s OHL draft,” said Doug Gilmour. “He has size, strength and a ton of potential,” he added.

The Frontenacs take to the ice for two games at home this weekend, as the Peterborough Petes visit Friday, while on Sunday afternoon at 2:00 p.m., the Barrie Colts visit the Limestone City. Tickets may be purchased on-line or at the K-Rock Centre box office.

Fronts Swap Draft Picks with the London Knights
3 days ago