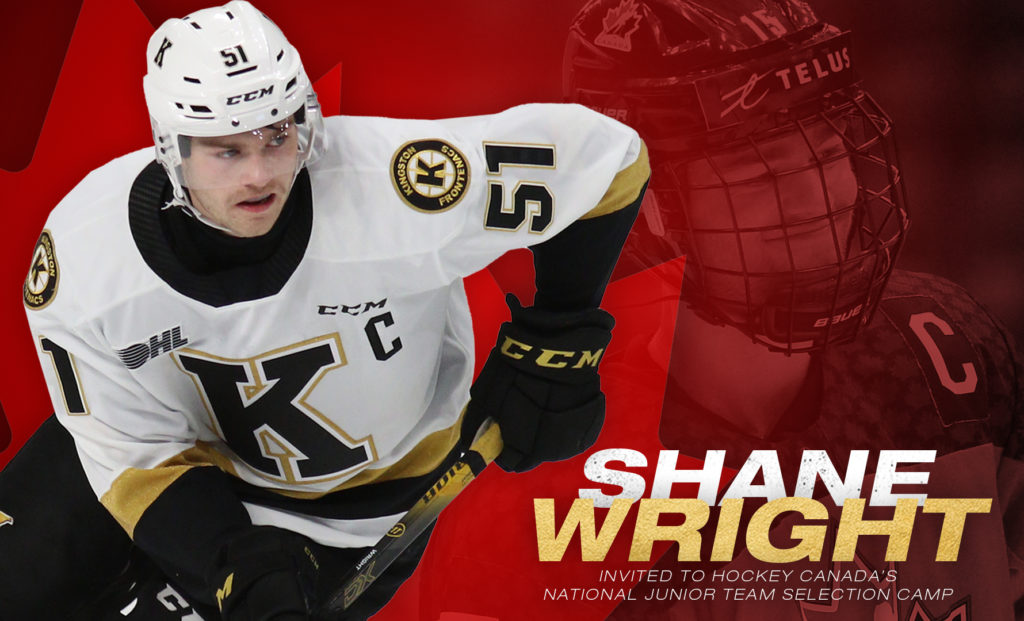 Of the nine players with OHL ties selected, two of them are currently competing in the American Hockey League. Winnipeg Jets prospect Cole Perfetti formerly of the Saginaw Spirit has started his season with the AHL’s Manitoba Moose. Detroit Red Wings draftee Donovan Sebrango, a Kitchener Rangers alumnus, is patrolling the blueline for the AHL’s Grand Rapids Griffins.

Hockey Canada’s National Junior Team Selection Camp will run from December 9-12 in Calgary, with a total of 35 players invited.

“We are excited to unveil the 35 players who will compete for a spot on Canada’s National Junior Team at the 2022 IIHF World Junior Championship, and to continue working towards winning a gold medal on home ice,” said Millar. “We know our athletes and staff are ready for a highly-competitive selection camp, and we look forward to assembling a group that will wear the Maple Leaf with pride and embrace the opportunity to once again compete in front of fans in Alberta.”

Canada’s National Junior Team selection camp will be held at the WinSport Arena at Canada Olympic Park in Calgary. It will include practices and two games against a team of U SPORTS all-stars on Dec. 11 and 12 before the team heads to Banff, Alta., for a training camp, Dec. 14-19.

The 2022 IIHF World Junior Championship begins on Boxing Day with Canada kicking off its tournament schedule against the Czech Republic. In addition to its opening-night match-up, Canada will also play Austria on Dec. 28, Germany on Dec. 29 and Finland on Dec. 31 to wrap up preliminary-round action. All Team Canada games will be played at 5 p.m. MT/7 p.m. ET

On the road to Edmonton and Red Deer… ?