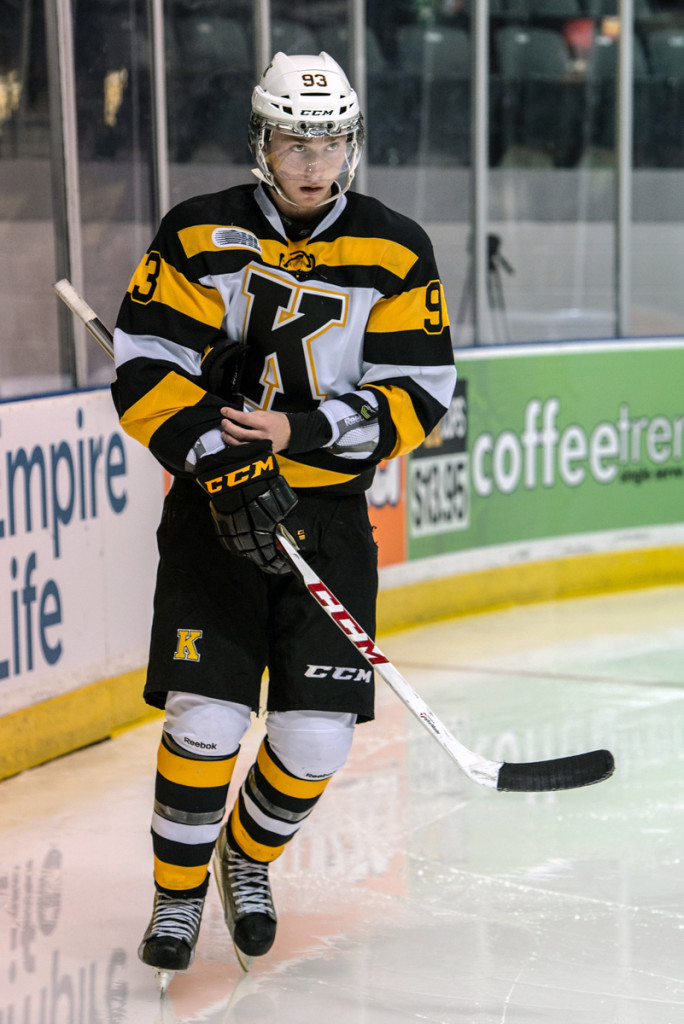 There wasn’t much pressure on Bennett entering 2012-13, his first season in the Ontario Hockey League, after being the ninth pick of the 2012 OHL draft. He played his game, learned the team’s system and style of play, and gradually gained a familiarity with how he needed to perform in order to be successful.

“Entering my first year I didn’t really know what to expect,” Bennett told NHL.com. “I didn’t really have too high goals for myself. But this year I definitely was expecting a lot more and I came into the league with a lot more confidence. Winning the World Under-18 Championship [in April 2013], getting that support from teammates and the coaching staff helped with my confidence.”

Bennett began the 2013-14 season on fire, with 10 goals and 20 points in his first 10 games. He never really slowed down, finishing with 36 goals and 91 points in 57 games. He was ninth in the OHL in scoring, had a plus-34 rating and went on a league-high 25-game point streak during the season in which he totaled 17 goals and 46 points.

He then had five goals and four assists in seven OHL playoff games, and was named the top prospect for the 2014 NHL Draft by the Canadian Hockey League.

The 6-foot, 178-pound left-shot forward routinely played a 200-foot game and spent all season at No. 1 on NHL Central Scouting’s ranking of the top North American skaters for the 2014 draft.

In a season where predicting the No. 1 pick has been no easy task, for Bennett to spend the season atop Central Scouting’s midterm ranking in January and final ranking in April is impressive.

“It’s quite an accomplishment [that Bennett was No. 1 from start to finish] because we have a core of solid players up to six deep in this draft that probably could challenge for the No. 1 spot,” Central Scouting’s David Gregory said. “You have a wide range of experts at Central and outside of this room saying a whole bunch of different players [could go No. 1]. By again earning the No. 1 ranking in our final release and hold up to the scrutiny of a large scouting staff like this and the hockey world in general, I do think that was quite an accomplishment.”

Bennett improved his offensive numbers from his rookie season across the board, and went from a minus-2 last season to his team-best plus/minus total this season. He also proved he can be physical when needed, totaling 118 penalty minutes, well above the 87 he had last season.

Does Bennett, one of 119 prospects taking part in the NHL Scouting Combine this week, believe he’s NHL-ready?

“I definitely have a lot of confidence and I guess it’s up to the team, but this summer I’m going to work as hard as I can and when it comes to [training] camp, I’ll do everything I can to prove to them that I’m ready to stay in the NHL,” Bennett said. “I do feel my hockey sense and my compete level rivals any other in this draft class. The coaching staff has been very helpful all year, providing advice and telling me not to think about [the draft] too much. So whenever I was playing, I just wanted to put it out of my head and focus on my game.”

Bennett’s style of play has been compared to Kingston general manager and Hockey Hall of Fame center Doug Gilmour, who spent 20 seasons in the League with seven different teams.