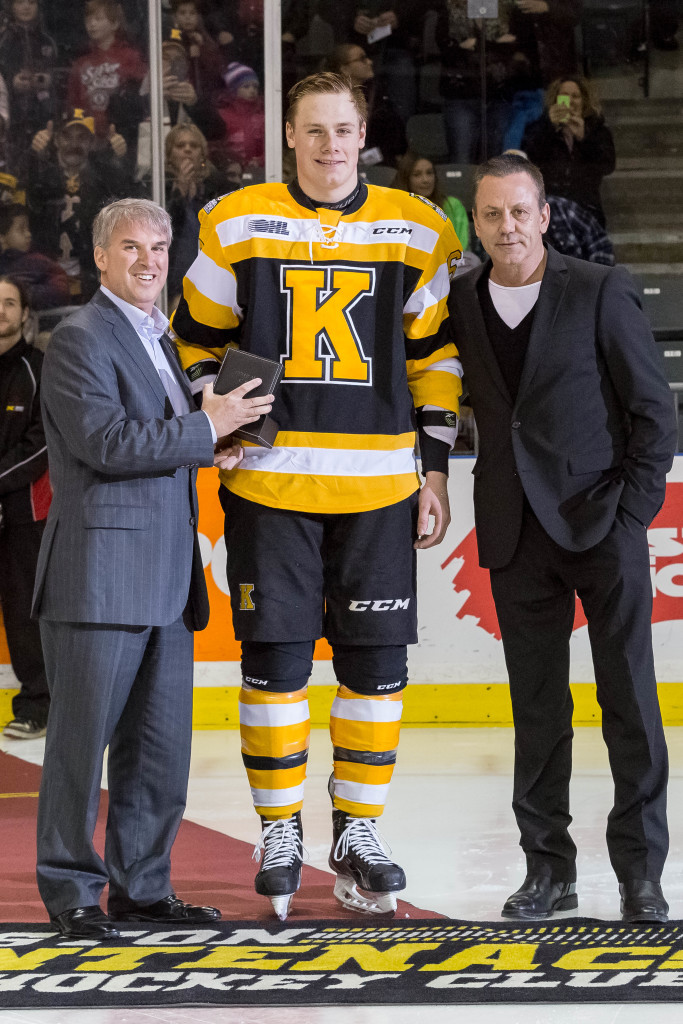 Crouse was No. 10 in the September rankings.

The six-foot-four, 211-pound left winger impressed scouts with his performance at the recent World Junior Hockey Championship, where he helped Canada win the gold medal. The Mt. Brydges, Ont., native scored one goal and three points and drew praise for his physical play.

“Every time he was out there you knew what you were getting and you knew what he was bringing,” said Team Canada head coach Benoit Groulx in a release. “He’s a big body and likes to get involved; a smart player and solid with the puck. He also was good on the penalty kill.”

“He’s the kind of role model we want to represent not only our team and our league, but the game of hockey,” Frontenacs coach Paul McFarland told sportsnet.ca. “He’s someone all the younger guys on the team — and even some older guys — look up to.”

Crouse turns 18 on June 23, three days before the first round of the NHL Draft in Sunrise, Fla.

Crouse will play in the Canadian Hockey League’s Top Prospects Game in St. Catharines on Thursday.