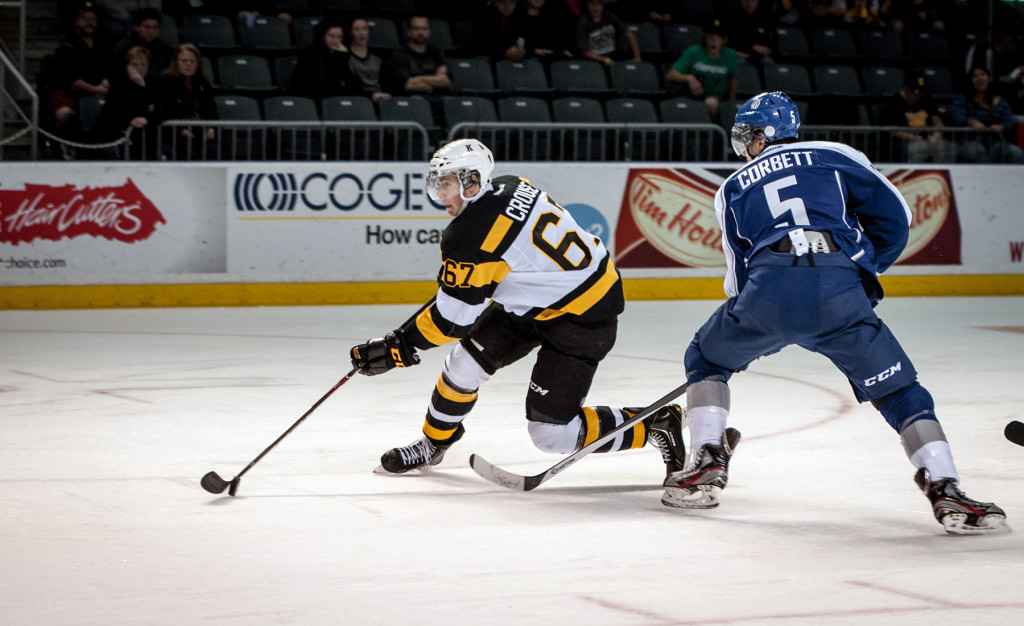 Three months ago NHL.com asked nine top evaluators from NHL Central Scouting who their choice would be as the first pick of the 2015 NHL Draft, Connor McDavid or Jack Eichel.

The impromptu poll had McDavid, a center with the Erie Otters of the Ontario Hockey League the 5-4 choice against Eichel, who will be a center at Boston University in the fall.

Many top scouts believe that slim difference between the two will be par for the course in 2014-15 when the two players will be scrutinized and publicized in every way leading up to the 2015 NHL Draft at BB&T Center in Sunrise, Fla.

“Every year the scouts think that it’s a good crop of prospects,” Dan Marr, Director of NHL Central Scouting, said. “There’s just been a little more emphasis in 2015 because there’s been a couple more top-end frontrunners and the fact that there were a number of underage players performing in their various junior leagues and performing well. That leads to high expectations for this draft class.”

The first phase of pinpointing those potential draft gems was achieved this week with the release of NHL Central Scouting’s Futures List for North America and Europe.

“The list is based on the body of work that we saw from the players during 2013-14,” Marr said. “A number of these players will be changing teams for 2014-15 and that will be reflected in our preliminary players to watch list in September.”

A number of scouts believe the 2015 draft is loaded with talent, so much so that it may one day rival the 2003 draft. Heading the pack are McDavid and Eichel.

In March 2012 McDavid (6-foot, 185 pounds) was granted exceptional player status by Hockey Canada to be eligible for the 2012 OHL draft as a 15-year-old. Less than a month later Erie made him the first pick of the draft and he went on to win the OHL Rookie of the Year award in 2012-13. Last season he was fourth in the OHL in scoring with 99 points (28 goals, 71 assists) in 56 regular-season games, and he has 53 goals and 165 points in 119 OHL games. He also earned a spot with Canada at the 2014 IIHF World Junior Championship, becoming the sixth 16-year-old to play for Canada at the WJC, following Sidney Crosby, Eric Lindros,Jason Spezza, Jay Bouwmeester and Wayne Gretzky.

Eichel (6-1, 191), a likely participant in the All-American Prospects Game, led the United States National Team Development Program Under-18 team with 32 goals and 71 points in 43 games despite being the youngest player on the team. He played for the United States at the 2014 WJC and had five points in five games.

“McDavid is an exceptional talent and he’s been on display now for the world to see for two years [in the OHL] and he’s lived up to all the expectations that were kind of placed on his shoulders,” Marr said. “That’s not an easy burden for a young man. This year just happens to be his draft year and the expectation is he’ll continue to be the frontrunner for the No. 1 spot. But Jack Eichel has already made known that this is a two-horse race.”

In addition to McDavid and Strome, Central Scouting’s Chris Edwards said he will also be keeping a close watch on OHL forwards Lawson Crouse of the Kingston Frontenacs and Travis Konecny of the Ottawa 67’s.

“Crouse is a big guy and he uses his size (6-3, 198) very well,” Edwards said. “He was used as a top-six guy in Kingston last season and took a regular shift on both the power-play and penalty-kill units. He protects and handles the puck very well, plays with a lot of energy and competes hard every night. He can hit hard.”