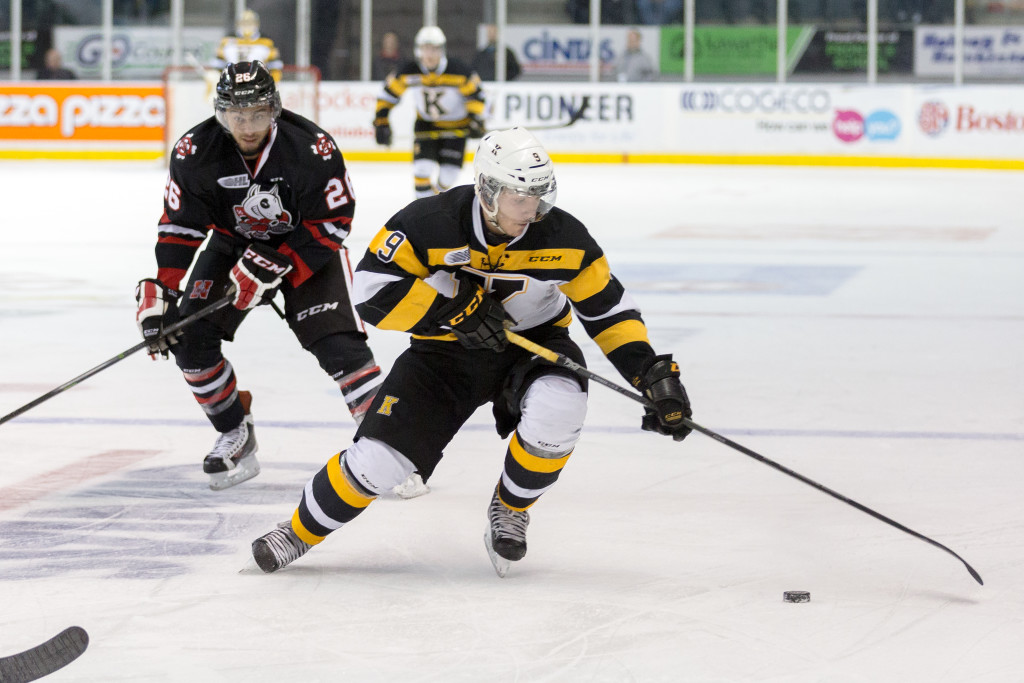 With the frenzy of activity at the trade deadline it was clear that three teams were loading up in the Eastern Conference for what hopes to be good post-season runs. Two of those teams faceoff tonight on the ice of Rogers K-Rock Centre in the Kingston Frontenacs and Niagara IceDogs.

The Frontenacs didn’t wait until final hour so the trade deadline to make their moves. With the aquisition of Stephen Desrocher in November, Liam Murray in December, and Michael Dal Colle in January, the plans put in place by General Manager Doug Gilmour and Director of Hockey Operations Darren Keily were well planned and executed.

The Frontenacs, with 55 points, hold a 6 point lead over the Niagara IceDogs and Barrie Colts for the Conference lead and 11 points over the Peterborough Petes for the lead in the East Division. With the addition of all three World Junior players to the lineup, that dominance should continue through the end of the season.

Make no mistake, the Kingston Frontenacs are all-in this season. And so are the Niagara IceDogs.

In a series of trades since the beginning of December, Niagara acquired overager Stephen Harper from Hamilton, Tyler Boston from Guelph, and veteran goalie Alex Nedeljkovic from Flint. Niagara has 22 wins, 13 regulation losses, 3 overtime losses, and 2 shootout loss, for 49 points. In the past 10 games, the IceDogs have 6 wins 1regulation loss, 1 overtime loss, and 2 shootout losses.

THE SEASON MATCH-UPS: Tonight’s game is the second of 4 match-ups between the two clubs this season, and the first in Kingston. The first match-up, in St. Catherines on October 24, 2016, saw Kingston win 3-2. The two teams meet again in Kingston on Sunday, February 21, 2016. KF