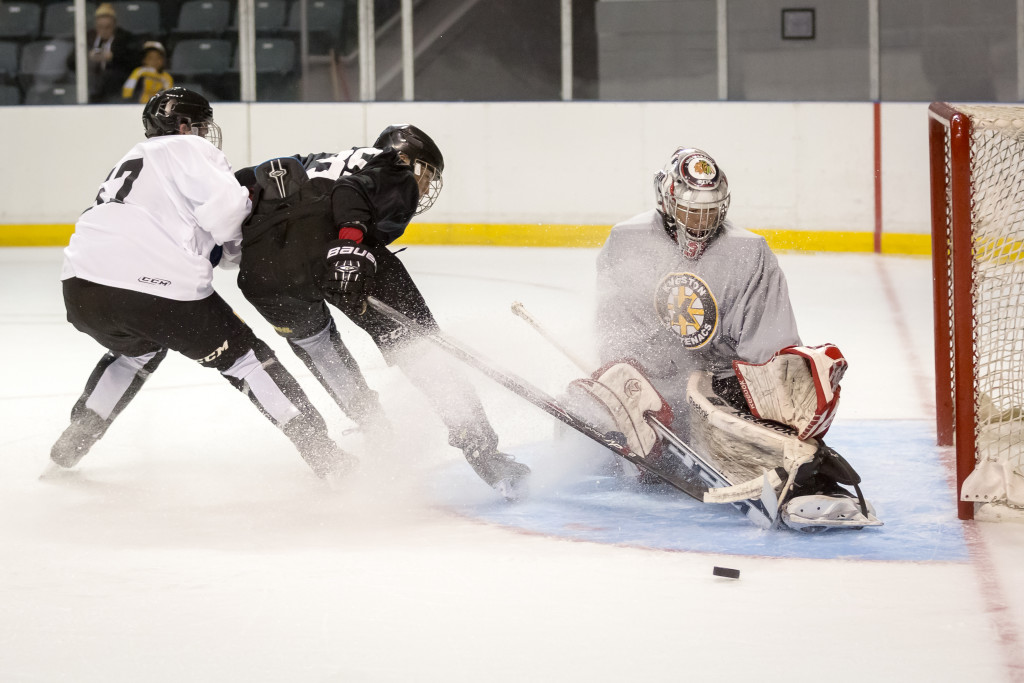 Kingston—The Kingston Frontenacs have entered into a Standard Player Agreement with their 7th Round Selection in the 2015 OHL Priority Selection, goaltender Mario Peccia.

“With Lucas graduating after this season, we are in great shape with our goaltending depth,” said Doug Gilmour, General Manager with the Kingston Frontenacs. “Our entire organization would like to welcome and congratulate Mario on becoming a Frontenac.”

The Frontenacs play tomorrow night against division rivals, defending Memorial Cup champion Oshawa Generals, for “Be A Buddy, Not a Bully” Night at with the Kingston Frontenacs Rogers K-Rock Centre with a large group of pink t-shirt-wearing fans in attendance at the game and special ceremonial puck drop with the Boys and Girls Club of Kingston.