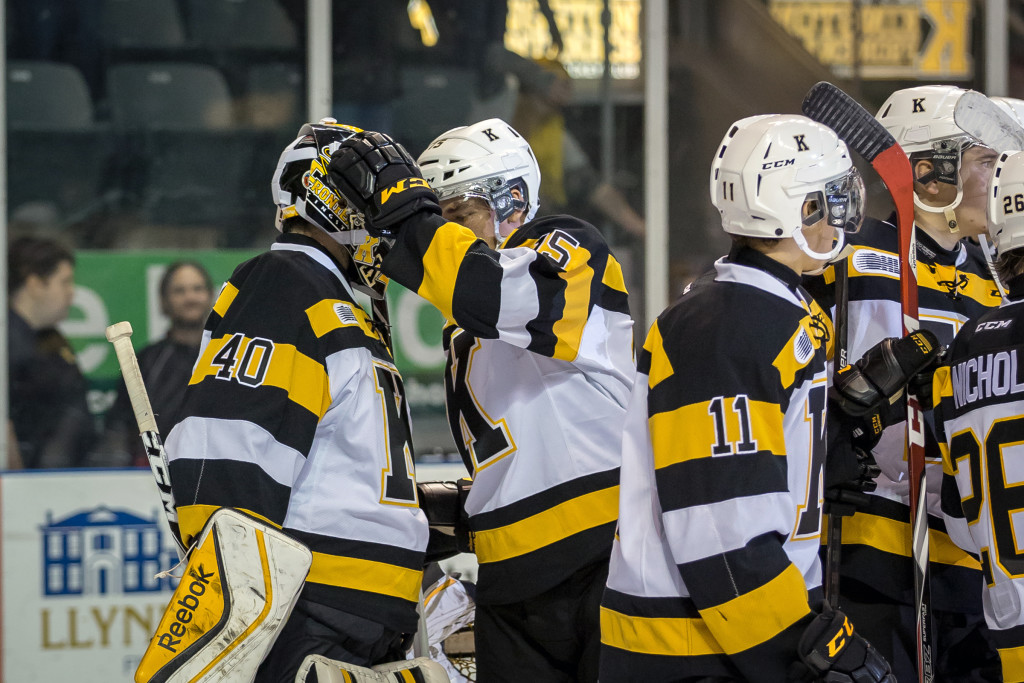 The Kingston Frontenacs split a pair of Ontario Hockey League games on the Thanksgiving weekend, collecting three of four points in the process with a 1-0 win over Niagara followed by a 3-2 shootout loss in Mississauga.

On Monday, the Frontenacs twice erased one-goal deficits versus the Steelheads before eventually falling in a shootout thanks to goals by Mississauga’s Sam Babintsev and Lucas Venuto. Robert Polesello was the only Kingston player to beat Steelheads’ goalie Spencer Martin, who had 35 saves on the night. Lucas Peressini stopped 23 of 25 shots on the night for Kingston, which is now 3-3-0-1 on the season.

The Steelheads won despite being outshot 37-26 on the night.

Josh Burnside opened the scoring for the home side, just 44 seconds in, while Bryson Cianfrone restored the Steelheads’ lead 6:44 into the third period. Conor McGlynn tied the game at 1-1 6:18 into the opening frame. McGlynn scored his second of the game, and season, to force overtime with just 12 seconds remaining in regulation.