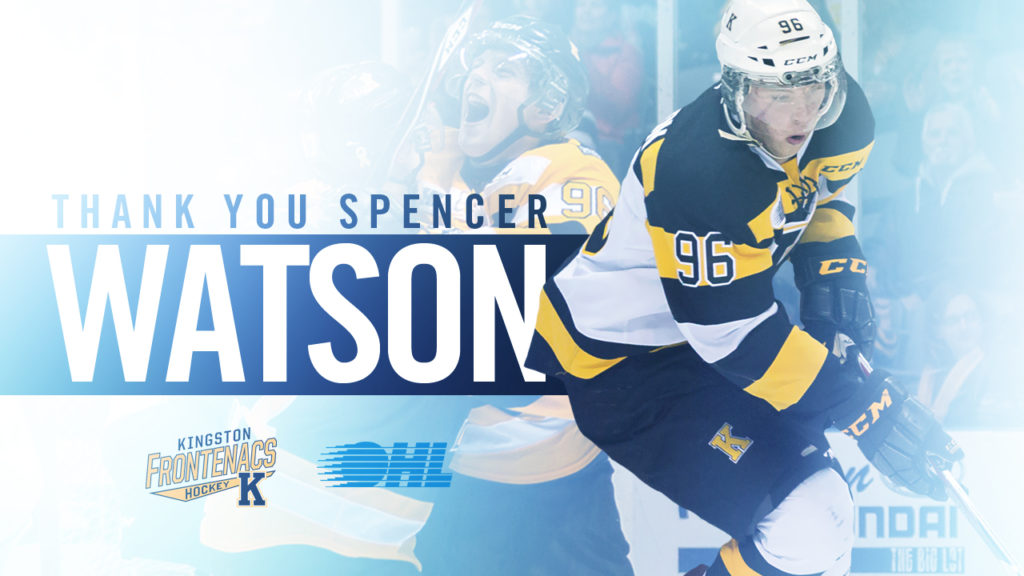 The Kingston Frontenacs have traded overage forward Spencer Watson to the Mississauga Steelheads for the following OHL Priority Selections:

In 255 regular season and playoff games played for the Frontenacs, Watson contributed 124 goals,149 assists, with 78 penalty minutes, and an 80 +/-.

“We’d like to wish Spencer all the best in Mississauga and thank him for his contributions both on and off the ice with the Kingston Frontenacs.  He was a true leader and a fan favourite, and we look forward to following his career,” said General Manager, Doug Gilmour.

The Kingston Frontenacs host the Ottawa 67’s tomorrow night (Friday, November 4, 2016) at Rogers K-Rock Centre for the annual Remembrance Day Game complete with special pregame ceremonies.  Tickets can be purchased online at www.ticketmaster.ca or in person at the Rogers K-Rock Centre Box Office.