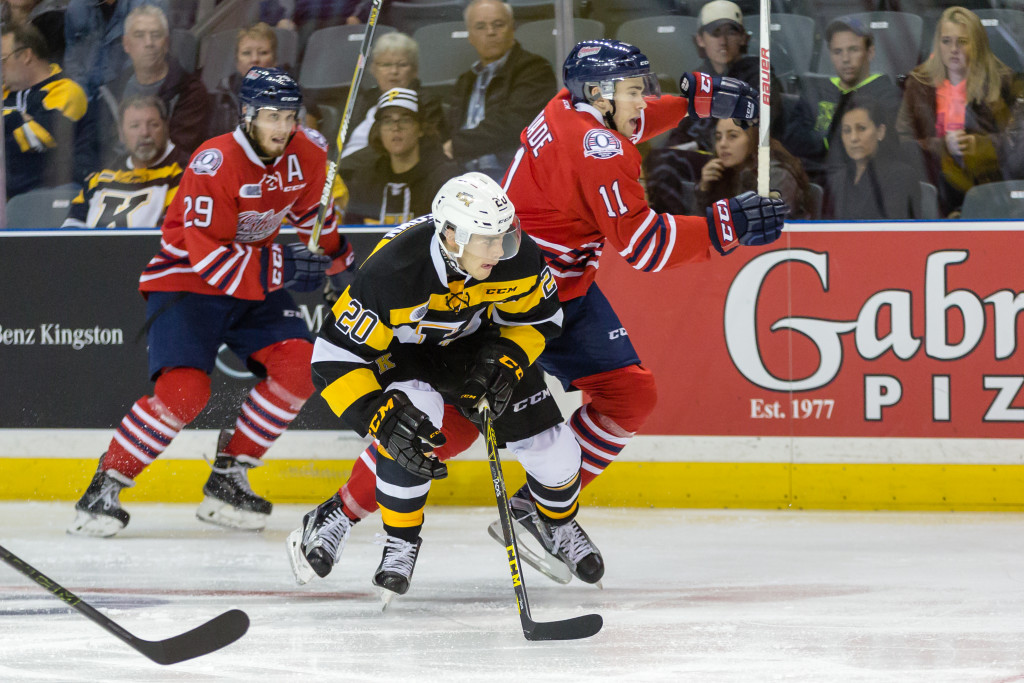 The Generals, on the other hand, are fighting to stay afloat in the Eastern Conference playoff race with 6 wins and 4 losses in their past 10 games. For the season, the Generals have 16 wins, 18 losses, 3 overtime losses, and 2 shootout losses–good for 37 points.

RETURN OF WORLD JUNIOR PLAYERS: The Kingston Frontenacs will soon see the return of the three players to the team after representing their home countries in the IIHF World Junior Hockey Championship, including Juho Lammikko (forward) who won Gold with Finland, as well as Roland McKeown (defence) and Lawson Crouse (forward) who played for Team Canada. Deputy Mayor Ryan Boehme will make a presentation to all three players during next Friday’s pregame ceremonies.