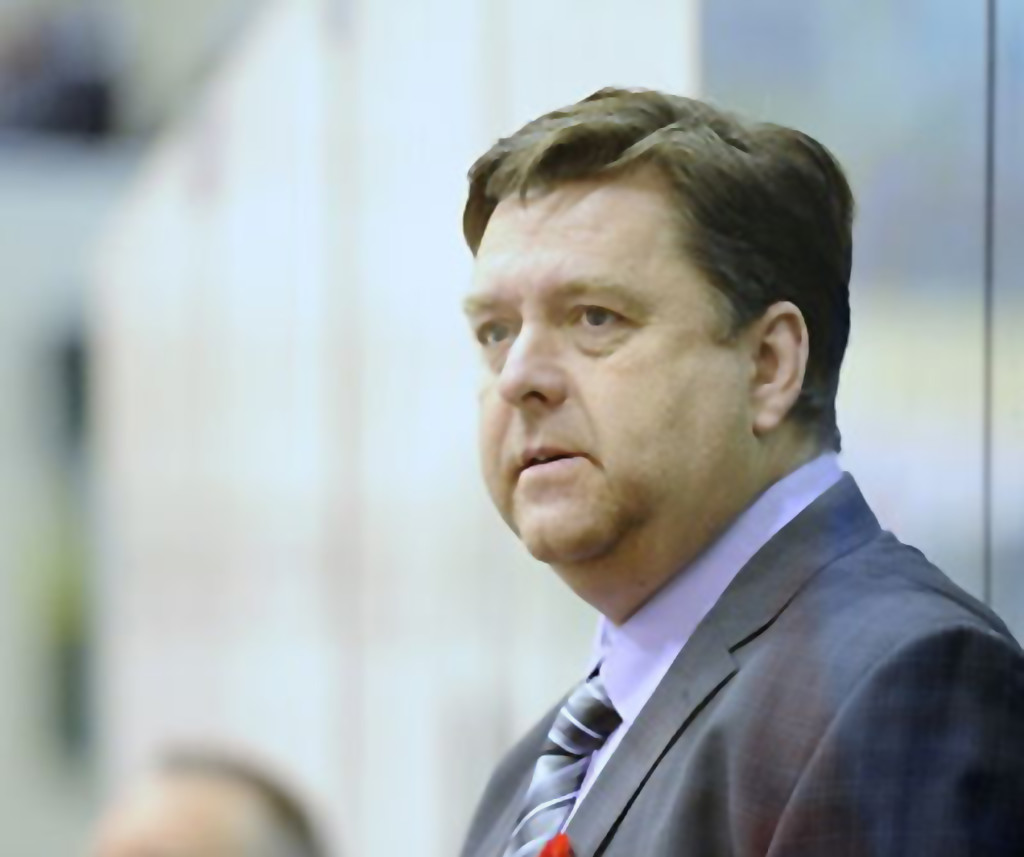 Kingston—Head Coach Paul McFarland announced today the hiring of John Goodwin as the club’s Assistant Coach. Goodwin, a native of Toronto, has substantial experience in OHL hockey, first as player then as a coach. He comes to Kingston after a season as Assistant Coach to Stan Butler in North Bay. He previously served as Assistant Coach to Butler in Oshawa in 1995-96 and became Head Coach of the Generals in 1997. Goodwin played three OHL seasons with the Sault Ste. Marie Greyhounds, from 1978-79 through 1980-81, scoring 133 goals and earning 256 assists for 389 points in 201 games. In his final OHL season in 1980-81, he was the league’s leading scorer with 56 goals and 110 assists for 166 points.

“I am very excited to have John join me as Assistant Coach,” said McFarland. “He’s very well respected and has a wealth of knowledge. We hit it off right from his first interview.”

Goodwin played four season in the American Hockey League, scoring 96 goals and earning 186 asists for 282 points in 315 games for the Nova Scotia Voyageurs, New Haven Nighthawks, and St. Catherines Saints. He played two season with Peoria in the IHL after his AHL career ended.

“We feel Paul made a great choice in hiring John,” said General Manager Doug Gilmour. “They had several meetings and share the same passion, commitment, and philosophy on how the game should be played and how the players should be treated.”

The Kingston Frontenacs also announced the appointment of Craig Nelson as the club’s Director of Player Development, joining the scouting program led by Jeff McKercher, Head Scout. Nelson played three seasons in the OHL, for both Sault Ste. Marie and Kitchener, followed by a pro career in the East Coast Hockey League and Western Professional Hockey League, as well as in Europe, where he played in Great Britain and Germany.

“At the end of last season, Doug Gilmour and I looked at areas to improve the entire hockey operations of the hockey club, and wanted to put more resources into looking after our prospects,” said Darren Keily, Assistant General Manager and Director of Hockey Operations. “Craig’s responsibilities will be to observe and communicate with all of our previous draft selections. We feel his knowledge and passion for the game make him a great addition to the Kingston Frontenacs Hockey Club.”

Nelson, originally from Brampton, Ontario lives in Oakville with his wife and three children. He is an 11-year veteran of the Peel Regional Police and has coached minor hockey in Orangeville for the past three season.