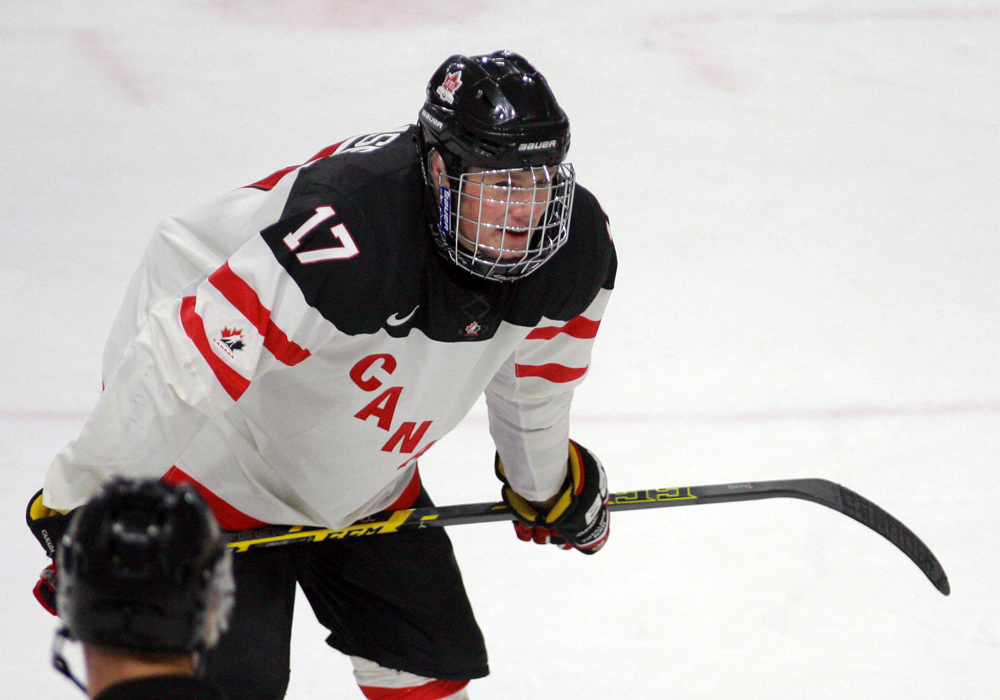 Kingston Frontenacs forward Lawson Crouse was a huge presence for Canada in the U-18 national team’s gold-medal performance at the Ivan Hlinka tournament in the Czech Republic.

Crouse scored twice in Canada’s 6-2 win over the host country in Saturday’s championship.

Back home in Mt. Brydges by Sunday night, Crouse spent Monday savouring the international success while looking forward to the Frontenacs training camp on Aug. 28.

“I’m very excited to get to training camp,” said Crouse, while allowing that catching up on his rest after a busy summer of hockey was important too.

“I am going to take a break for a few days and then get right back at it,” said the six-foot-three, 200-pound 17-year-old, who was Kingston’s top draft pick last season.

Crouse scored 15 goals and had 27 points in his rookie Ontario Hockey League season.

Crouse also got the call to play for Canada at the world under-18 tournament in Finland in April after both Sam Bennett and Spencer Watson, due to injuries, were unable to play.

He pointed to that experience for helping him in the Hlinka tournament. Crouse scored in each of Canada’s five games and led the squad with seven goals.

“Playing in Finland gave me confidence. I found out what I could do,” Crouse said.