MCKEOWN PUT THROUGH HIS PACES 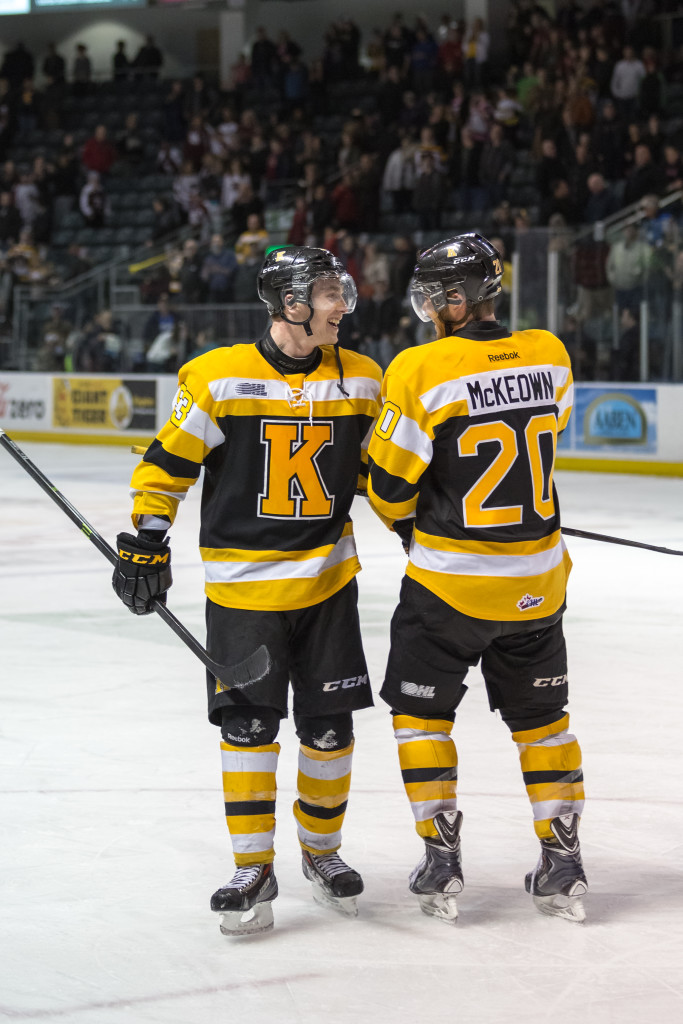 McKeown, along with teammates Sam Bennett and Spencer Watson, were in the group of Canadian Hockey League players being put through their paces at the combine.

The 18-year-old McKeown met with representatives of 27 of the 30 NHL teams during the week, which concluded with fitness testing.

“It was a very professional atmosphere. There was a lot of eyes watching. I was expecting that. It was a really good experience, though,” said McKeown, a candidate to wear the captain’s ‘C’ should he return to the Frontenacs for his third Ontario Hockey League season.

McKeown said the interviews he had with teams varied.

“They wanted to get to know your character. Some were were a lot more specific (with questions). A couple didn’t ask anything about hockey,” McKeown said.

“It was more of a getting-to-know-you process.” McKeown said while he did come away with a better sense of what teams seemed a little more interested in him, he has no idea what will occur on June 27 in Philadelphia, the first day of the NHL Entry Draft.

He was happy with his testing.

“Teams were looking at the physical testing. I think they consider them a little bit but I don’t think it is huge,” McKeown said. “The interviews were the big part.”

McKeown said it was great meeting with other CHL players he had played with on the national under-18 and under-17 programs. The players all socialized but as far as tipping off one another about what the Edmonton Oilers’ interview was like or the Toronto Maple Leafs’ interview, there was none of that.

“There was no point because the interviews could be completely different,” McKeown said.

The six-foot-one, 194-pound right-shot defenceman from Listowel has been ranked from No. 23 to No. 28 by various draft prognosticators. McKeown was ranked 27th among North American skaters in the final Central Scouting ratings.

One scouting report on McKeown referred to him as “one of the biggest wildcards in the top half of the draft.”

He has been referred to as a strong do-it-all defenceman whose skating is right up there with the best prospects.

McKeown plans to spend the remaining three weeks before the draft working out in the gym.

“Getting ready for after the draft. I want to be as prepared as I can to go to NHL camp in September,” he said.

Courtesy of the Whig