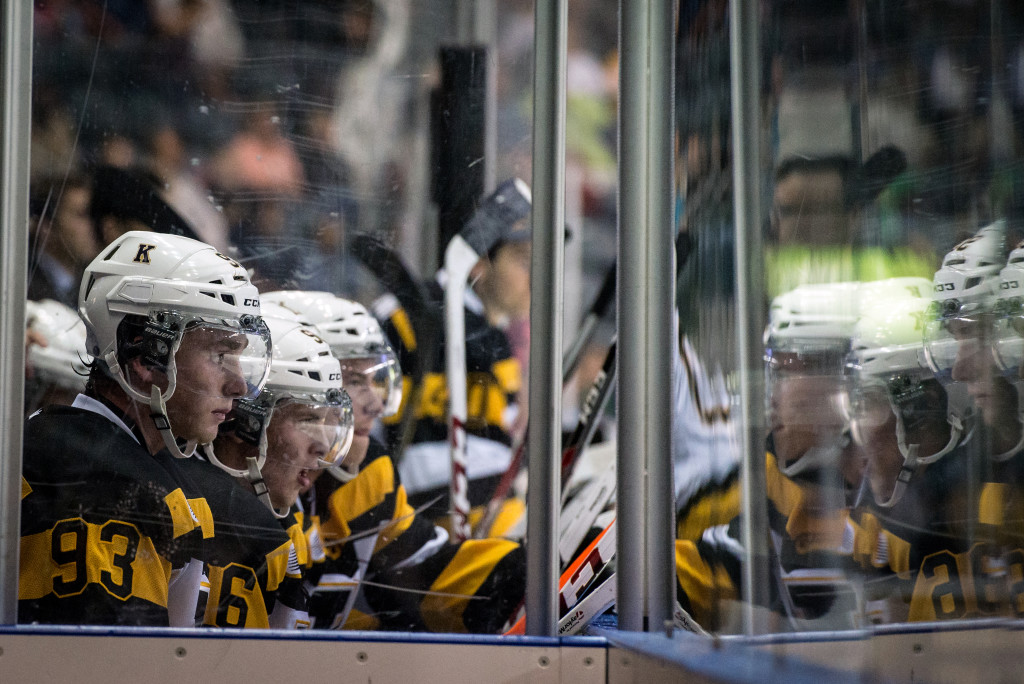 For an NHL scout, ownership of the first-overall pick is a luxury—to tweak the clichéd refrain, with that pick, they’re all still on the board. And yet, for the second year in a row, the toughest and perhaps least enviable pick in the draft is No. 1. How do you compare the relative merits of a skilled and tenacious—if not physically imposing—centre and a man-child defenceman who, at the junior level, punishes anyone who skates into his space? That’s the choice between Kingston centre Sam Bennett and Barrie defenceman Aaron Ekblad.

Based on conversations with more than a dozen working hockey men, the scouting fraternity is split between them. But the pick here is Bennett over Ekblad, just as the pick here last year was Nathan MacKinnon over Seth Jones.

It comes down to positional bias. If not immediately, a skilled 18-year-old forward at this level is a year away from helping a team (and more to the point, a GM under the gun). Moreover, a centre who can both finish chances and service wingers makes players around him better by his presence. That’s how scouts project Bennett at the next level. “He plays for Doug Gilmour and wears [Gilmour’s] number, but really it’s not out of line,” one Ontario-based scout says. “Bennett has the same compete level, the same fire and skill, and probably has even better hands. He’s not big but he has huge heart, a huge motor.”

In contrast, a blueliner’s development will almost certainly be more protracted—perhaps he can step in and play right away, but he very rarely improves your team significantly as a first- or second-year player. History speaks to this—Drew Doughty was an exception in L.A., but Zach Bogosian, Victor Hedman, Erik Gudbranson and Erik Johnson? In the case of Hedman, No. 2 in 2009, we saw him emerge as an effective top-pair “D” this season—his rival for the top slot was John Tavares, a Hart Trophy finalist a year ago.

More than position divides Bennett and Ekblad, mind you. During testing at the NHL combine, the physically immature Bennett failed in his single attempt at a pull-up, the one great comic moment at the event.

Meanwhile, Ekblad looked like a 10-year NHL veteran who wandered into the venue. Remarked one scout: “That’s a kid who would never get carded.” This would seem to be all to Ekblad’s advantage. The opposite is true in some scouts’ minds.

Said one scouting director whose view was echoed by others in the trade: “Ekblad is just too strong for players in junior hockey. He’s a man in a boy’s league. It’s another thing when he moves up to the next level and has to play against other men. He won’t be overpowering Milan Lucic. NHLers push back. Ekblad will get stronger, but how much stronger and how long is it going to take?”

The scouts who rated Ekblad No. 1 slotted Bennett right behind him. A couple of scouts whose first choice was Bennett had Ekblad at No. 3 and 4 on their lists. Said one: “You want a franchise defenceman to be a first power-play point man. Ekblad has the big shot [to fill that role], but I don’t know if he handles the puck well enough or is creative enough to do that for you.”

A veteran scouting director suggests that those who have downgraded Ekblad are guilty of over-thinking: “He’s been the first overall for me from day one. As an under-ager he was the best defenceman on the [Canadian team at the] world juniors. End of story. It’s just that he’s over-scouted by now. He came into the Ontario Hockey League at 15 [on an exceptional-player exemption] and everyone has seen him for three years. We all know what he is, but people start picking him apart, just like they did with Tavares.”

If the first overall pick will be the ultimate gut-check this year, then some scouts and executives are bound to regard No. 2 as the easiest.

Click here for the full article courtesy of SPORTSNET