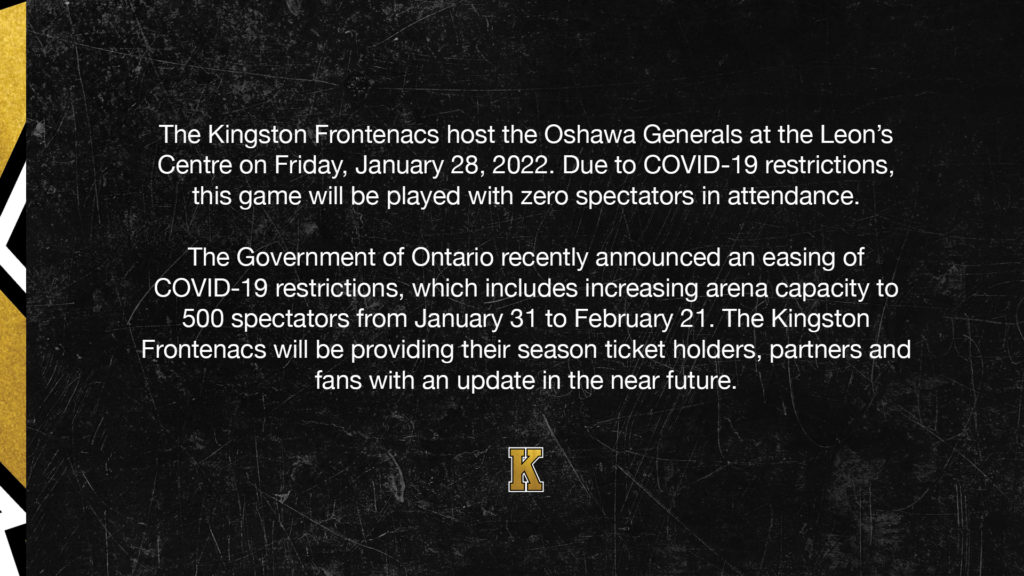 The Kingston Frontenacs and the North Bay Battalion met up for the second time in an Eastern Conference matchup at Leon’s Center on Friday night with the visitors leaving on the heels of a 5-2 win. Freshman Nathan Poole scored his first OHL goal in the game with fellow rookies Gage Heyes and Jackson Stewart teaming up to register their first points in their OHL careers respectively.

The Battalion won their fifth in the last six after a loss in Peterborough on Thursday night. Brandon Coe added to his league leading point totals.

Ben Roger made his Fronts debut after a trade brought the mobile defenceman to Kingston from the London Knights on Wednesday.

Workhorses Leevi Meriläinen and Joe Vrbetic faced each other in their respective creases.

The game started of with a bang literally. After rookie Paul Ludwinski took a big hit in the neutral zone from Liam Arnsby, Braden Haché and the Battalion captain dropped the gloves for tilt with both players heavily engaged. Hache received a two-minute minor, a major and a ten-minute misconduct on the play just 33 seconds in.

The Troops would open the scoring after Mitchell Russell (11) scored on a nice three-way passing play on the Battalion’s first powerplay making it 1-0 visitors at 8:17. Kyle Jackson assisted with Brandon Coe registering a point in his 10th straight contest.

Kingston first powerplay came midway through the frame. Edmonds had a good chance wiring a one-timer off a Jordan Frasca pass but Vrbetic stood his ground. Coe had a breakaway as the Fronts penalty ended, but Meriläinen made a big right pad save off the Battalions leading scorer.

Seconds after the breakaway save, the Black and Gold had a trio of firsts squaring the game up at 12:40 with Nathan Poole (1) registering his first OHL goal. Gage Heyes made a nice pass for his first career OHL point on the two-on-one with Poole before his fellow rookie teammate fired a shot beating Vrbetic low glove. Freshman Jackson Stewart also earned his first OHL point with a helper on the 1-1 score.

Rookie Nathan Poole described his thoughts on hid first goal : “I kind of came of the bench and saw Stewie (Stewart) going wide and made a great pass to gager (Heyes) and he gave me a nice pass and was able to bury it. It was a pretty unreal moment celebrating with those guys given we are pretty tight-knit guys us three.”

Edmonton Oilers prospect Matvey Petrov scored with under two minutes left as the Battalion took a 2-1 lead to the break with a 12-8 shot advantage. Alex Christopolous assisted with Coe getting a second point to add to his OHL lead-leading total.

Neither squad registered a shot in the opening minutes with North Bay hitting a post 120 seconds in looking for the two-goal lead.

Kingston tied it with Arcuri (7) scoring for the third straight game at 4:45. Frasca made a nice play taking the puck to the goal before Arcuri poked a loose puck in the crease area for the 2-2 tally. Peric also drew an assist.

A second powerplay chance came for Kingston at 6:36. Meriläinen made a huge save on North Bay’s Mitchell Russell diving across the crease preventing a shorthanded goal.

While the teams skated four-on-four with under five minutes left, the Fronts were called on another penalty sending the Battalion to a four-on-three man-advantage for 25 seconds. The visitors scored to take a second one-goal lead to an intermission. Kyle Jackson (12) from Russell and Nelson at 17:23 to make it 2-1 on North Bay’s second powerplay marker of the game.

Kingston opened the final stanza up with 1:51 of powerplay time but North Bay held the home side off the shot clock to maintain the 3-2 lead. Only three combined shots in the first five minutes but North Bay took a two-goal lead at on an Alex Christopoulos (1) marker from Josh Currie and Michael Podolioukh to make it 4-2 at 6:28.

Kyle Jackson then added an empty netter to seal the 5-2 win for the fifth win in six games for the Conference leading Battalion.

Defenceman Ben Roger, the newest addition to the Frontenacs played in his first game since the trade this week from the London Knights. The Ottawa Senators draft pick is excited to be in the Limestone City saying after the game, “The trade came out of nowhere and it was a pretty big shock for me, but I am excited to start playing here. The guys and coaches have made it easy for me.” The mobile defender added, “I like the group here and looking forward to going after it. I think I provide a 200-foot game and hard to play against shutting down other team’s top lines. I want to be able to provide all over the ice.”

Rookie Nathan Poole described his game and how his line can contribute. “Just kind of changing momentum of the game sometimes,” he said. “I think a big hit or crashing the net can sometimes help change the game around and I like to use my big body to create space for others and I fell in to a role here in being a tougher player to play against.” It’s a big part of the game for us.”

On teams busy weekend against Hamilton and Mississauga, Poole said: “We just got to stay with our game plan and stack the deck and do the right things. Today, I didn’t think we did the things we wanted to but tomorrow we’ll bounce back look over film and be ready.”

Forward Matthew Soto and Quinton Burns missed the game and are gone until Dec 1 while competing at the Capital City Challenge in Ottawa.

The Fronts hit the road for a pair of afternoon road games over the weekend, playing the Bulldogs for the first time on Saturday in Hamilton at 4:00 pm and Sunday versus the Mississauga Steelheads at 2:00pm.

The next home game is Friday, December 3 for the Annual Teddy Bear Toss against the Oshawa Generals. Fans are encouraged to bring a stuffed toy to throw on the ice after the Fronts first goal. 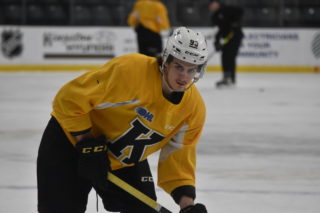 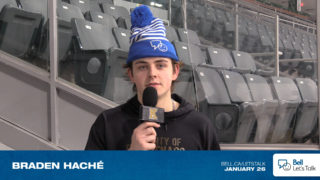 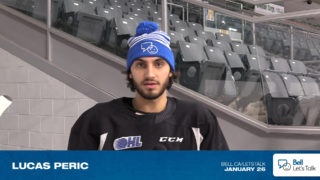 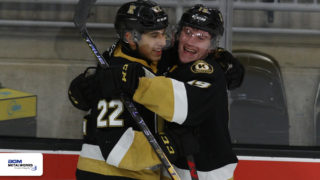 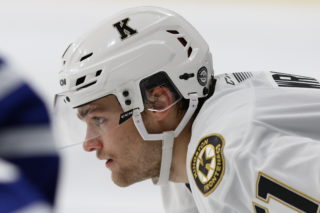 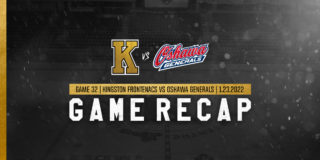